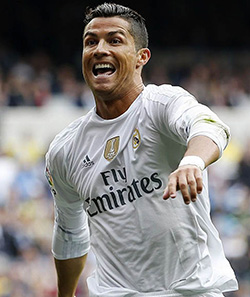 SPANISH giants Real Madrid and Atletico Madrid reacted angrily to being slapped with a one-year ban on registering new players by Fifa on Thursday, announcing their intention to appeal.
Both clubs were sanctioned for their transfer dealings in foreign players under the age of 18.
“Real Madrid will appeal this decision by Fifa to all sports authorities, considering it absolutely inadmissable,” Madrid said in a lengthy statement on their website in which they challenged the legitimacy of Fifa’s reasoning for the ban.
Under international football rules, players under 18 cannot be transferred to another country, except in limited circumstances and then need the approval of a special Fifa committee.
Real and Atletico were also fined 360 000 ($358 000) and 900 000 Swiss francs ($895 000) respectively and given 90 days in which to regularise the situation of all minor players concerned.
According to Real Madrid, any foreign players under the age of 18 were correctly registered with the Spanish Football Federation, who in turn lodged the registrations with Fifa.
Atletico also announced they will appeal, although president Enrique Cerezo insisted they would be able to cope with a ban.
“We will appeal, we think we are right and I think this is unjust,” he said.
“Not being able to sign is a problem because the seasons are very long and you always need players. Fortunately, we have a good and big squad with young players that can overcome these two windows without signings.”
Both clubs have until the end of the month to register new players before the ban takes effect.
The sanction is similar to the one served by European champions Barcelona in 2015.
Barca were initially banned in April 2014, but managed to delay the sanction taking effect until the transfer windows in January and the summer of 2015 by launching an ultimately unsuccessful appeal to the Court of Arbitration for Sport (CAS).
By delaying the ban, Barca were able to sign the likes of Luis Suarez and Ivan Rakitic in the summer of 2014 to propel them to a treble of La Liga, Champions League and Copa del Rey, a route potentially open to both clubs depending on how quickly CAS can hear their appeals.
The news is just the latest institutional embarrassment for Real Madrid in the past 12 months and comes just days after appointing French legend Zinedine Zidane as coach.Advertisement

Real have sacked two Champions League-winning coaches in Carlo Ancelotti and Rafael Benitez in the past seven months, as well as being thrown out of the Copa del Rey for fielding an ineligible player.
The signing of Manchester United goalkeeper David de Gea was also frustrated at the last minute in August as the clubs failed to register the required paperwork in time.