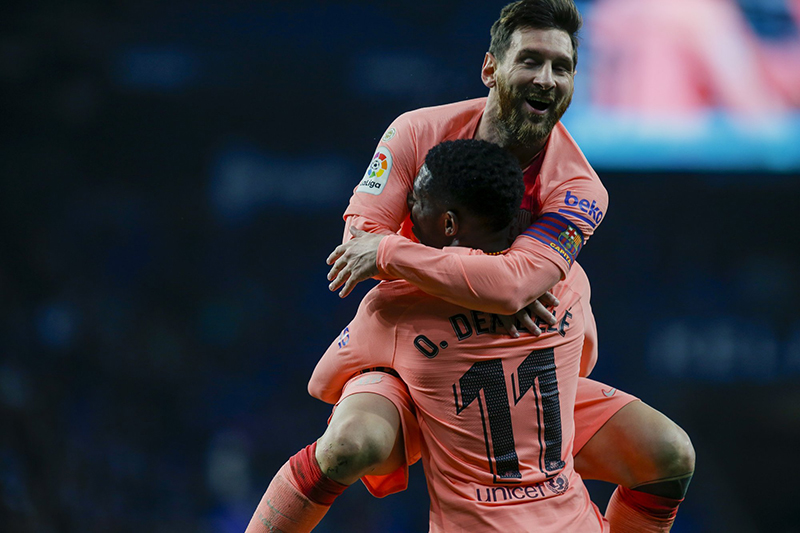 MADRID: The Spanish League has given up on its plan to play a regular-season match in the United States next month because Barcelona backed down from its commitment.

The Catalan club said on Monday it did not intend to play the game against Girona near Miami because there was no consensus among all stakeholders.

The club’s board of directors said Barcelona remained behind the idea of the game aboard, but the “project will not prosper until there is an agreement between all parties.”

“From the beginning we have said that participation in the game abroad is voluntary,” the league said in a statement. “If FC Barcelona wishes not to attend, the game scheduled in Miami can’t be staged on the agreed date.”

The Spanish league last month took legal action against the country’s soccer federation in an effort to get approval for the Jan. 26 match at Hard Rock Stadium. A court decision was expected as early as Thursday.

“La Liga will continue the planned action so an official league game can be played outside of Spain,” the league said. “La Liga is convinced that (the federation) is not acting in accordance with the law.”

The league needs approval from the federation to be able to play abroad. The federation was yet to approve or deny the league’s request, having raised concerns that the overseas game would not comply with Spanish and international regulations and TV broadcast contracts. It also said the overseas match could harm the other 18 league clubs.

Barcelona said in its statement it “accepted that income from the game would be shared” among all first-division and second-division clubs following the criteria for television rights money distribution.

The league offered several compensation plans for fans of Girona, which would be relinquishing a home match.

Other stakeholders, including UEFA and CONCACAF, also needed to approve the match. The FIFA council recently opposed the idea, although its permission for the match was not mandatory.

“We regret to disappoint our fans in the U.S. and will work to, in the shortest possible time, stage an official La Liga game in the U.S., just like the major American leagues (NBA, NFL, MLB, NHL) stage games outside their borders.”

The league last month launched a campaign to showcase the public support from American fans, asking them to sign an online petition in favour of the game.