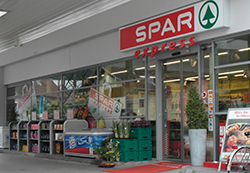 HARARE Non-statutory creditors, including CBZ Bank, who are owed over $4 million by three Spar stores which were put under liquidation in June this year will receive nothing from the auctioning of properties, the liquidator said on Wednesday.
The three stores — Julius Nyerere Spar, First Street Spar and Ballantyne Spar were liquidated in June this year, with Theresa Grimel of Trivade Private Limited appointed as the liquidator.
Grimmel told the creditors at High Court on Wednesday that the money realised from the auction of the properties owned by the three stores will be used to pay Zimbabwe Revenue Authority (ZIMRA), National Social Security Authority (NSSA) and former employees.
First Street Spar assets were auctioned in September while Julius Nyerere Spar and Ballantyne were auctioned in October.
“We sold the property of Ballantyne Spar on the 1st of October …Those two claims (ZIMRA and ex-employees) are preferent and they will be paid as soon as possible while other creditors will not receive a single cent. I regret to say that there is nothing to sell,” said Grimmel.
Ballantyne Spar owes ex-employees and ZIMRA a total of $328,462.
CBZ Bank is one of the biggest creditors and is owed $798,700 by Spar Ballantyne.Advertisement