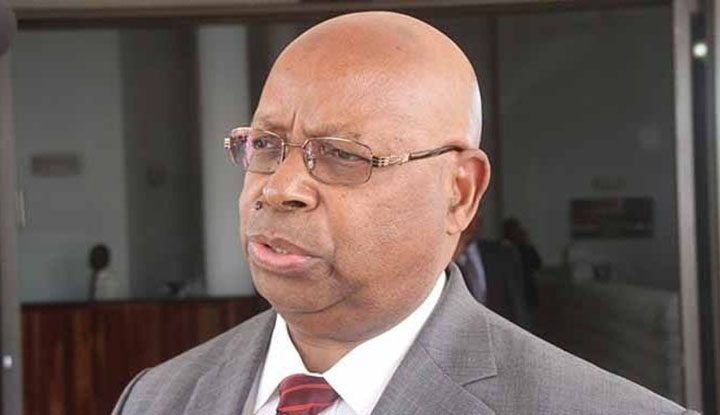 SPEAKER of Parliament Jacob Mudenda has ordered Local Government Minister July Moyo to issue a ministerial statement on the “embarrassing ban” on Zimbabwean stadiums from hosting international matches imposed by the Confederation of African Football (CAF).

CAF dropped the bombshell this week citing failure by the authorities to upgrade the facilities to host international matches.

During a Question and Answer Session Wednesday, Zanu PF Bikita East MP Johnson Madhuku, had asked Local Government Minister about the government’s policy on the maintenance of sport and recreational facilities in the country.

“What is government policy with regards to maintenance of all government sports and recreational facilities or infrastructure in terms of safety, use and meeting the international standards?” asked Madhuku.

“Considering the fact that it is a requirement for citizens who contribute.”

However, Moyo was however not present to respond to Madhuku.

Mudenda said in the substantive minister’s absence, there was need for the minister to issue a ministerial statement as the ban was an embarrassment.

“I concur with the member. The fact that we have our national stadiums disqualified by CAF is a very serious matter. We need the responsible Minister of Local Government to respond to this embarrassment.”

Acting Leader of the House, State Security Minister Owen Ncube said if local authorities that run some of the stadiums did not have funds to upgrade their infrastructure, they should approach the Local Government ministry and borrow funds.

Harare North MP Rusty Markham had questioned why government had waited for too long until the stadiums became a mess.

He suggested government should divert ZUPCO subsidies towards repairing stadiums.

Norton MP Temba Mliswa also suggested that Minister of Sports, Kirsty Coventry should issue a separate statement and clarify why her ministry was not responsible for the CAF ban.