The front white security wall of the offices located at the corner of George Silundika and 4th Avenue was painted with dim red paint.

Some of the graffiti messages read; “We are coming for you! You will regret.” 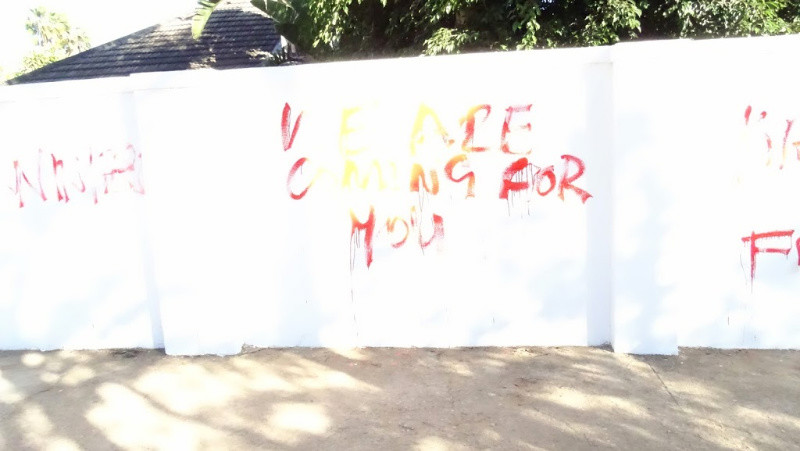 Efforts to get a comment from Mudenda and the police were fruitless.

Mudenda, who is also a Zanu PF Politburo member, has infuriated the MDC Alliance faithful in the past few weeks after he expelled four party legislators.

The expulsions of Charlton Hwende, Thabitha Khumalo, Lilian Timveous and Prosper Mutseyami, were at the behest of reinstated MDC-T secretary general, Douglas Mwonzora.

Bulawayo-based politician, Thokozani Khupe is now interim president of MDC-T, a party faction granted rights over the MDC empire by the courts recently.

MDC Alliance MPs argue the recall was illegal and have since appealed against the decision at the courts contesting the decision.

The MDC-Alliance and supporters have accused Mudenda of being used by President Emmerson Mnangagwa to destroy the Nelson Chamisa led opposition.

However, Bulawayo based MDC Alliance members, speaking on condition of anonymity, immediately distanced itself from the graffiti.