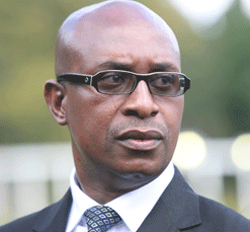 WE have since gone beyond bullets and rockets. This is a battle of the minds; a battle of policies, ideas and concepts. We are looking at brains and not brawn. We are not going to explode bombs and mortars. No. The armed liberation struggle is over. It was bravely fought by the gallant sons and daughters of the soil; they had to resort to an armed struggle in order to dislodge a racist and fascist settler regime. That was then. We are forever grateful to the comrades who paid the ultimate sacrifice to ensure that Zimbabwe gained sovereignty on April 18, 1980.
Today’s battle is going to be won using the ballot and not the bullet. Yes. You can liberate yourselves from your current state of penury by merely resorting to the ballot. Don’t be fooled. Don’t be intimidated. Feel free. Feel liberated. Adopt the “yes, we can’’ attitude. It can be done. Indeed, it should be done.
On July 14 and 15, 2013 members of the Zimbabwe Republic Police (ZRP) and some members of the Zimbabwe National Army (ZNA) as well as the Zimbabwe Prison Service (ZPS) are going to vote under the special voting mechanism that is going to be conducted by the Zimbabwe Electoral Commission (ZEC).
Statistics at hand show that about 69,000 members of the ZRP have applied for special voting; together with about 15,000 ZEC officials; 140 ZNA personnel and about 2,000 ZPS officers.
There is a lot of apprehension and anxiety regarding how members of the uniformed forces are going to vote. Many people are concerned that members of the uniformed forces are going to be literally ordered as to whom to vote for by their superiors.
But thanks to recent amendments to the electoral laws of Zimbabwe, members of the uniformed forces are, this time around, going to vote at designated civilian polling centres as opposed to voting at their police stations and military cantonment areas under the watchful eye of senior officers and commanders.
The main thrust of this article is to debunk the myth that members of the uniformed forces are going to vote for regime retention, autocracy, obscurantism and dictatorship. Far from it! Zimbabwe has a hugely educated and sophisticated security service. These are generally men and women of honour and integrity who basically know what they want. They are not stooges and puppets of some of their evil-intentioned superiors.Advertisement