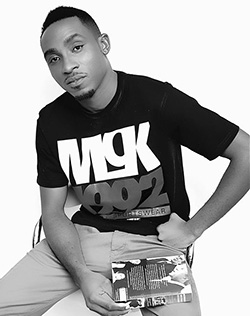 UK based Zimbabwean poet, Munnya Usuwana has bagged his first nomination of the year and is up for the Best Spoken Word Artist accolade at the inaugural Black British Entertainment (BBE) awards taking place on the 28th of October in London.
The versatile wordsmith has been nominated alongside renowned wordplay poets such as Caleb Femi, who was recently named first Young People’s Poet Laureate for London.
The first BBE awards will celebrate the outstanding achievements of black talent in the UK who are excelling in music, fashion, film, TV, comedy, creative arts and social media.
Speaking of his nomination, Usuwana said he is truly humbled by the honour.
“I am in a state of total euphoria. There is something wonderful about being recognised. It somehow reaffirms that the long hours I have spent working on my craft are not in vain – that someone out there appreciates my work and creativity,” he said.
“BBE is an organisation which aims to create a platform that develops, enriches and celebrates black talent in the UK, and I am truly privileged to be among the first ever nominees,” he added.
Thrust into the public eye at a young age, Munnya first performed at a church conference and this, later, motivated him to start writing, recording and sharing his poetry openly.
His first poem Andrew was written in 2012 and was later filmed as a video in 2014. He has recently released his latest single Vicious Rebels, a piece he describes as elaborately detailed.
“It took me a few months to put this piece together because I wanted to produce something that was poignant, something that had depth and meaning, but more importantly something that told a story, an intricate love story that would stir up emotions and that an audience could relate to,” said Usuwana.
The award-winning artist recently made his debut on the big screen, starring in a Zim-Nigerian production entitled, Love Triangle, directed by celebrated film director Nelson Spyke.
Munnya has in the last few years performed at several prestigious events across England, including Havant Literary Festival, Petersfield Write Angle Poetry and Music Cabaret, BBC Radio Leicester and the Zimbabwe Achievers Awards.
Currently working on a number of projects, Munnya plans to host an evening of poetry in the coming months.Advertisement

The Black British Entertainment organisation recognises entertainment as a fundamental tool in harnessing the power of unity and shared aims among various communities, to celebrate the hard work and accomplishments of black talent in film, literary arts and music, among others.
The nominee Reception and awards event will be hosted by popular British bass-baritone singer Rodney Earl Clarke.