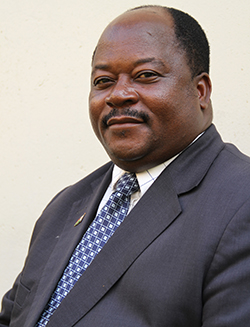 ZIMBABWE Minister of Sport Andrew Langa faces the axe after he was suspended for two years by his Zanu PF.
The minister was suspended together with 38 other party members on Friday night.
Langa was in Tsholotsho with the Minister of Information, Media and Broadcasting Services Jonathan Moyo over the weekend, but the axe has always been looming for his alleged closeness with axed former vice president Joice Mujuru.
Langa is Member of Parliament for Insiza North and his province, Matabeleland South, where he was once chairman before the infamous rounds of vote of no confidence last year toppled him, delivered all 12 seats in the 2013 elections.
Other ministers who have been suspended from the party have not kept their cabinet positions.Advertisement