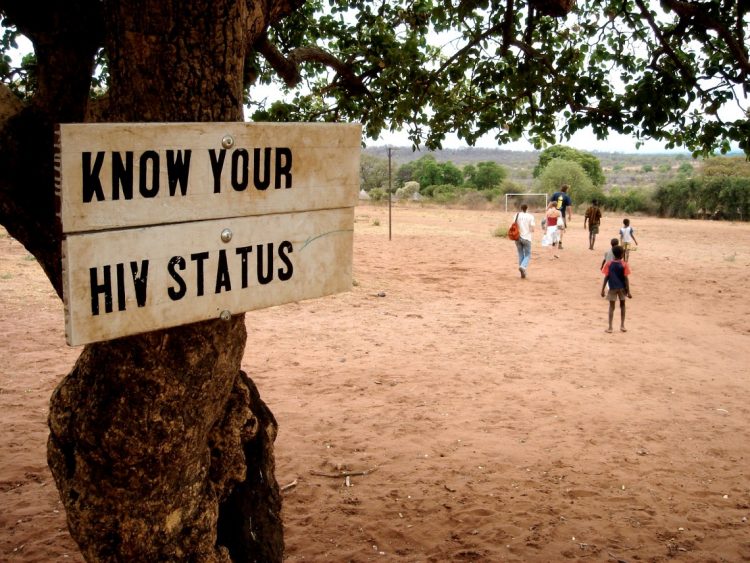 MUREWA: The 46-year old Miranda Chihota’s life took a turn four years ago when her husband died in a tragic road accident.

When she was still convalescing from the tragedy, she was forcibly married to her husband’s brother, whose wife, she claimed, had succumbed to AIDS two years before Miranda’s husband died.

As a result, Miranda now shares the disease with her new husband due to the culture of spousal inheritance still practiced across Zimbabwe.

“I had no choice, because in our culture if one loses a husband or wife, he or she is inherited by the relative of the spouse,” Miranda told Anadolu Agency.

Meanwhile, Tinashe Chipako, a Zimbabwean legal expert, said women in most cases are the lead victims when it comes to inheritance.

“Men can choose to marry without necessarily being forced to inherit the wife of a dead relative, unlike women who are given no choice, so this inheritance culture is very unfair,” Miranda told Anadolu Agency.

There is no specific legislation in the southern African nation forbidding wife or husband inheritance.
Sithembiso Mlauli of the Women of Zimbabwe Arise (WOZA) based in Bulawayo — Zimbabwe’s second-largest city – said women are largely at the receiving end of the inheritance.

“A woman, the wife in particular, here in Zimbabwe, is being inherited like property after her husband dies even from AIDS, automatically becoming a wife of a husband’s relative who she never knew either had AIDS or not, thus putting herself at risk,” Mlauli told Anadolu Agency.

Despite culture fanatics insisting to continue the norms of spousal inheritance in this country, HIV/AIDS activists have fought tirelessly against the custom.

“Inheritance of a wife or husband after either dies has contributed to the swift spread of HIV and AIDS in Zimbabwe, especially in rural areas,” Trynos Tirivavi, who has been living with HIV for the past 16 years and also a member of the Zimbabwe National Network of People Living with HIV (ZNNP plus), told Anadolu Agency.

He got the disease at the age of 23 after he inherited his late brother’s wife. “People just wade into inheriting someone’s wife or husband with no knowledge about what led to the death of their spouse, which is dangerous,” he said.

Although many HIV positive individuals, like Trynos, testify about how they live their fate, some traditional leaders, including Elvis Mugumba from Maranda area in Mwenezi — a district in southern Zimbabwe – believes that the inheritance culture has to continue unhindered.

“Our forefathers lived and made sure the family continued to grow even after a husband died, by making sure his wife was inherited to keep bearing children with the help of the husband’s relative,” Mugumba told Anadolu Agency.
“One cannot, therefore, today tell us that this culture is responsible for spreading AIDS. People simply need to be faithful even in marriages resulting from an inheritance,” he said.

Yet, as traditional leaders like Mugumba maintain this stance, millions of Zimbabweans succumb to HIV and AIDS daily.

According to UNAIDS, an estimated 1.3 million Zimbabweans are currently living with HIV/AIDS.
In 2018 alone, 38,000 Zimbabweans were newly infected with HIV while 22,000 people died from an AIDS-related disease, it said.

Even as cultural norms of inheritance threaten to thwart the gains made so far in combatting the sexually transmitted disease, UNAIDS last year also said the number of new HIV infections has fallen from 62,000 to 38,000.

For many HIV/AIDS activists like Tirivavi, “to stop further spread of AIDS in family circles, the culture of wife or husband inheritance should stop forthwith.”

“Imagine how HIV keeps spreading in family circles through inheritance simply because it is a culture that people ought to uphold,” he said.

Typically, therefore, according to HIV/AIDS activists like Tirivavi, “in this era of HIV/AIDS, the inheritance custom is extremely risky.”

An official from the National AIDS Council (NAC) who spoke to Anadolu Agency on condition of anonymity, because she was not authorized to speak to the media, said the organization does not condone or condemn the practice of inheritance.

”But we urge people to know their HIV status before they are inherited following their loss,” the official said.

“For as long as the inheritance cycle keeps going, so goes also the AIDS scourge in families that uphold the culture without precautions being taken,” said the NAC official.

NAC is a Zimbabwean organization enacted through an Act of Parliament in 1999 to coordinate and facilitate the national multi-sectoral response to HIV and AIDS. The organization is also mandated to administer the National AIDS Trust Fund collected through the AIDS levy.