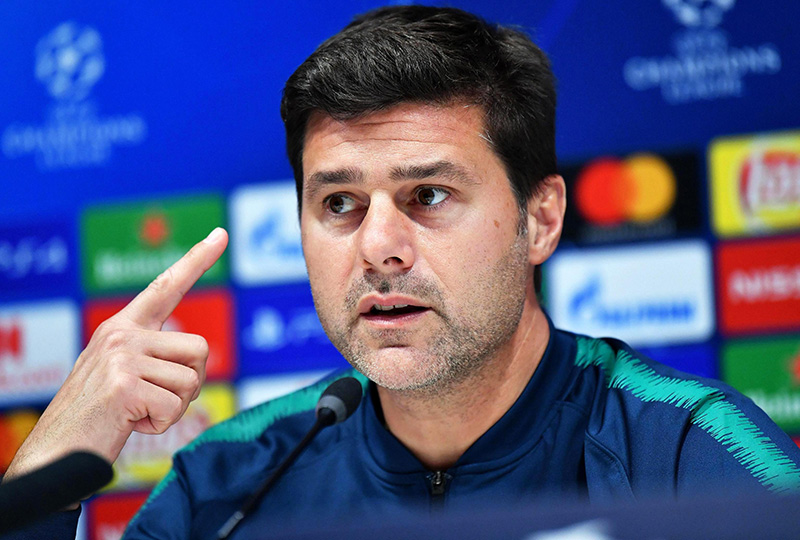 Tottenham boss Mauricio Pochettino raised eyebrows on Monday with a bizarre tale about cows and trains to explain how you should learn from your past experiences in the Champions League.

Tottenham open their Group B campaign on Tuesday night against Inter Milan in the San Siro.

The English club finished top of their group last season ahead of eventual champions Real Madrid, but were beaten in the knockout round by Italian side Juventus.

“If you’re not clever, experience on it’s own is not going to help you in the future,” the Argentine told a pre-match press conference at the San Siro.

“It’s like a cow who sees every single day for ten years the train crossing in front, and if you ask the cow when the train is coming he’s not going to have the right answer.

“In football it’s the same.”

Pochettino continued: “Experience, yes, of course experience matters. But hunger, motivation, circumstance, everything, is so important.

“Many things in football are so important. We use too much talk of, ‘the experience is going to help next season’.

“Yes of course, if you show the same hunger, the same own motivation, if you fight in the same way.

“Many things have to be in the same way. If not, only with experience, you don’t win games.”

The Spurs boss confirmed that defensive pair Toby Alderweireld and Kieran Trippier had been left out of the European opener, but not as a punishment after defeats to Watford and Liverpool in their last two games, but because of a “technical decision”.

Goalkeeper Hugo Lloris and midfielders Dele Alli and Moussa Sissoko will also miss out on the European tie.

France’s World Cup-winning captain Lloris has been ruled out for several weeks with a thigh injury with Alli and Sissoko both carrying hamstring injuries.

“It’s technical decision, tactical decision. You cannot bring 25 players. You can only play 11 players with seven on the bench. That is the reason.”

Pochettino added: “I never punish players because you win and lose. The plan is to leave them and use different players.”

Both teams are coming off weekend league defeats — Inter losing 1-0 to Parma in Milan and Tottenham falling 2-1 at their temporary Wembley home to Liverpool.

“After Watford and Liverpool it’s difficult to talk about being a realistic contender,” said Pochettino.

“We don’t believe we are favourites in this game. Inter Milan are an historic club and they have a great squad and fantastic manager.

“But both teams arrive in a similar situation, the same mental state, both teams are going to fight. It will be a tough game.”

“Obviously he has to improve, but it’s too easy to blame him, the fans have to thank him for everything he’s given,” Pochettino said.

“I’m not concerned. The reason is not tired or not tired, can rest or not rest. It’s a collective problem, not only one player.

“We need to keep our feet on the grass. The last two defeats have been so good as a wake-up call.”