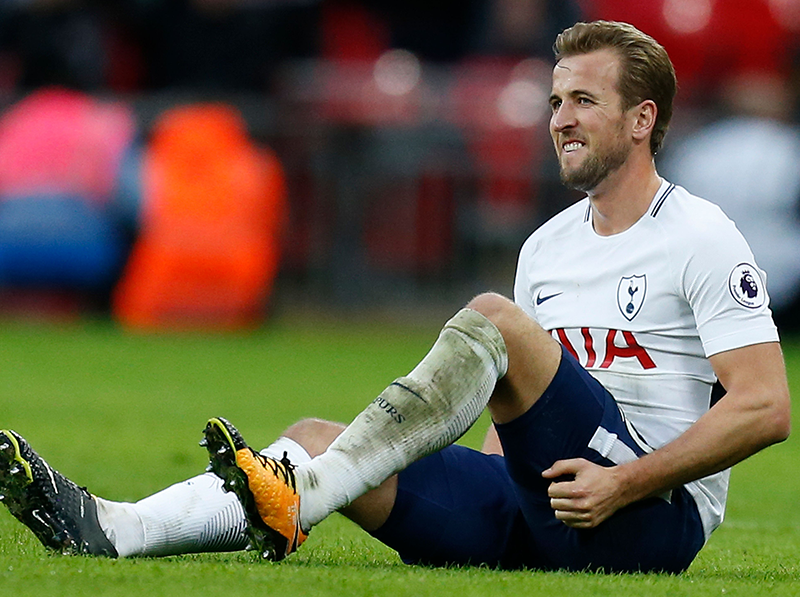 Tottenham striker Harry Kane will be sidelined until March after suffering ankle ligament damage in Sunday’s defeat against Manchester United.

Kane sustained the injury to his left ankle in the closing moments of the 1-0 loss at Wembley and scans have now confirmed the extent of the problem.

It is the third successive season the England captain has missed games due to an ankle injury.

“Following preliminary assessments, we can confirm that Harry Kane has damaged ligaments in his left ankle, sustained during Sunday’s match against Manchester United,” a statement on Tottenham’s website said on Tuesday.

“The striker will continue to be monitored by our medical staff as he commences rehabilitation and is expected to return to training in early March.”

Kane was injured after being caught between United defenders Phil Jones and Victor Lindelof while trying to set up a last-minute chance for Tottenham.

He received treatment after the full-time whistle before walking off the pitch clearly in severe discomfort.

Vowing to return as fast as possible, Kane wrote on his Twitter account: “Injuries are part of the game but no one will be working harder to get back fit. Thanks for the messages.”

Kane’s absence is a major blow for Tottenham as they chase the first trophy of manager Mauricio Pochettino’s five-year reign.

The 25-year-old is Tottenham’s top scorer this season with 20 goals in 31 appearances in all competitions.

He had scored seven times in his last seven matches to keep third-placed Tottenham in with an outside chance in the Premier League title hunt, the north Londoners sitting nine points behind leaders Liverpool.

Now he will miss the second leg at Chelsea next week, as well as the FA Cup fourth-round trip to Crystal Palace and at least six crucial league games.

The first leg of Tottenham’s Champions League last-16 tie at home to Borussia Dortmund will also come too soon for Kane.

He faces a race to be fit for the north London derby against Arsenal on March 2 and the second leg at Dortmund three days later.

England boss Gareth Southgate will hope Kane is back in contention for England’s opening Euro 2020 qualifier against the Czech Republic on March 22.

Speaking before tests confirmed Kane’s ligament damage, Pochettino had already admitted he was “worried” about the situation.

Janssen has endured a wretched time with Tottenham, while Llorente has hardly played either, although he did score a hat-trick in the recent FA Cup third-round win at fourth-tier Tranmere.