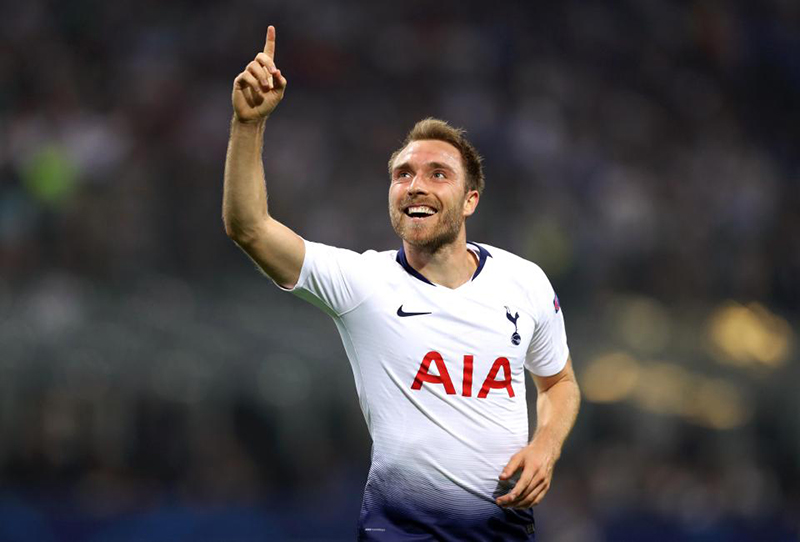 Christian Eriksen said Tottenham “know what we have to play for” on a daunting mission to Barcelona after he kept their Champions League hopes alive with a late winner against Inter Milan on Wednesday.

Mauricio Pochettino’s side were 10 minutes away from being eliminated at the group stage as they laboured to break down the massed Inter defence at Wembley.

But Eriksen, surprisingly dropped to the bench by Pochettino, came to Tottenham’s rescue when he fired home after a neat lay-off from Dele Alli to take their Group B qualification bid down to the final game.

The goal means they head to the Camp Nou to face the group leaders on December 11 knowing a win will seal their place in the last 16, regardless of how Inter fare against PSV on the same night.

“We still have one more game to go, our focus was to win this and now our next one is Barca,” Eriksen told BT Sport. “It will be tough but fun, we know what we have to play for.

“Tonight Inter came to defend, they knew one point would be better than losing, and playing against Italian sides you don’t have many chances. Luckily I took mine, and we kept them away.”

Tottenham striker Harry Kane said: “It’s tough to play out there, the pitch ain’t great but we’re getting used to it game by game.

“We played well though, we played out from the back, through the lines, and we could have got a couple in the first half. The clean sheet was massive and thankfully we got the goal.

“We will go all guns blazing now. It will be tough, but it is all to play for.”