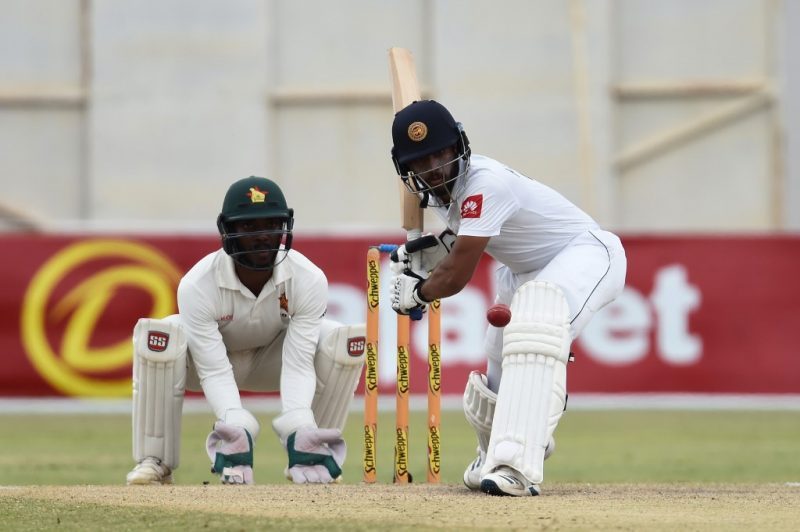 THE touring Sri Lankan side sealed a 1-0 series win over a determined Zimbabwe as an unbeaten century by Kusal Mendis helped the Indian Ocean Islanders secure a hard fought draw in the second Test at Harare Sports Club on Friday.

After losing the first Test in the last session of the final day, Zimbabwe went into day five of the second match with high hopes of securing a historic first ever win against Sri Lanka which would have earned them a famous series stalemate.

Zimbabwe had managed to set the Sri Lankans an imposing winning target of 361 runs on a deteriorating wicket on the final day.

After removing the visitors’ captain Dimuth Karunaratne early on, the hosts would have hoped to bowl out their opponents cheaply and secure their first ever Test victory over the Sri Lankans.

The visitors however put up a solid batting performance which was headlined by Mendis’ brilliant unbeaten 118 helped the Sri Lankans battle for a draw in the second match.

Following the departure of Karunaratne, the pair of Mendis and Oshada Fernando batted though the rest of the first session before the latter fell soon after the lunch interval for 47 runs, trapped lbw by Sikandar Raza.

Raza, who finished the match with eight wickets after his seven wicket haul in the first innings was named man of the match.

Mendis also shared another 36 run partnership with Angelo Matthews and even though the latter was brilliantly caught by Craig Ervine at short mid off for 13, the match was already headed for a draw.

Mendis reached his century in style after the tea interval with a big six over the long-on boundary, off the bowling of Raza and kicked on to reach 204 for three until the two captains shook hands to settle for a draw.

Although rain and bad light had cut short Thursday’s play, Zimbabwe captain Sean Williams, earlier chose not to declare on their overnight 241 for seven.

Instead, they batted on briefly to reach 247 for seven before the declaration came with Williams, who made a century in the first innings, picking up the three runs he needed for another half-century to finish 53 not out.

Williams then chose to open the bowling with spinner Sikandar Raza who took seven wickets in the first innings but Sri Lanka looked untroubled for most of the opening session.

Zimbabwe had got off to the perfect start in the match after compiling 406 runs batting first and moved into the strong position on the third day on Wednesday after bowling Sri Lanka out for just 293, with Raza taking a career-best 7-113.

Zimbabwe declared on 247 for seven, anchored by former captain Brendan Taylor’s aggressive 67 off 75 balls to add to his other half century in the first innings.

That gave the home team the chance to draw the two-test series. Sri Lanka won the first test, also in Harare, by 10 wickets.

However rain delays and bad light on Thursday in the end proved crucial in deciding the match and ultimately the series.

Zimbabwe will return to international cricket in mid-February when they tour Bangladesh.