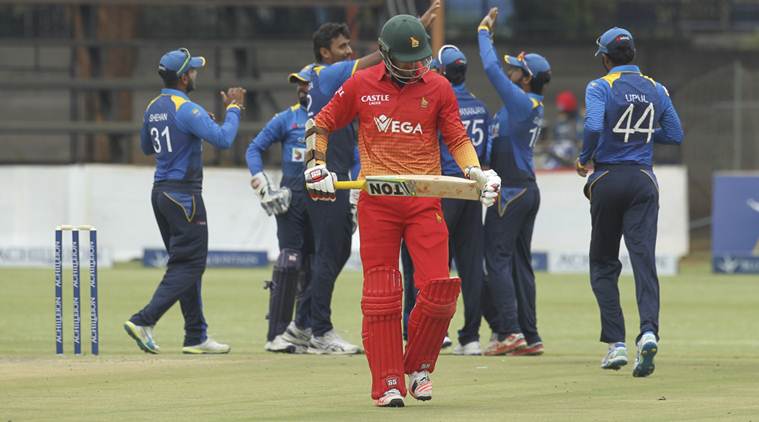 SRI LANKA is set to kick off a busy schedule of international cricket for the Chevrons in 2020 when they tour Zimbabwe early next month for two Test matches beginning January 16.

Sri Lanka Cricket confirmed the upcoming tour which will come immediately after their upcoming Twenty20 series in India which begins on January 5.

“Sri Lanka’s next Test series will be against Zimbabwe in January when they make a tour there on January 16. It will be the first tour of Zimbabwe since the ICC lifted its suspension of Zimbabwe Cricket due to government interference in October 2019,” Sri Lanka Cricket said in a statement on Friday.

“Zimbabwe last played Test cricket in November 2018 in a two-match series against Bangladesh. Sri Lanka’s immediate assignment is to India for a three-match T20I series from January 5-10. They will return from the Indian tour on January 11 and leave for Zimbabwe for the two Tests five days later,” the Islanders said.

The upcoming tour by Sri Lanka will come as a rare dose of good news for local cricketers following a troubled year 2019 in which Zimbabwe were the only Test playing nation that did not feature in the longer format of the game in 2019.

In addition to the inactivity in the game’s pinnacle format, Zimbabwe also became the first full ICC member in history to be suspended by the game’s global governing body due to perceived interference by the country’s government in the running of cricketing affairs.

The suspension left local cricket in disarray as the ICC froze all funding to Zimbabwe and excluded the country’s national teams from participating in international fixtures and tournaments hosted under the ICC.

The Chevrons were also expected to tour India for three T20Is again at the start of next year but the Board of Control for Cricket in India (BCCI) decided to replace Zimbabwe with Sri Lanka instead, due to the uncertainty which surrounded the Africa country’s membership.

Zimbabwe Cricket board chairman, Tavengwa Mukuhlani said the schedule for the upcoming series would be confirmed soon.

“I can confirm the series is on and it’s most likely to start around mid-January. Management is currently involved in discussions with all the relevant stakeholders,” said Mukuhlani.

Zimbabwe’s national cricket team is set to have a busy programme in 2020.

After hosting Sri Lanka in January, the Chevrons are also expected to tour Bangladesh in March where they are set to play one Test and five T20Is.

The following month they host Ireland, again for one Test and five T20I games before embarking on a tour of Australia for three ODIs in June.

Zimbabwe is then scheduled to host India in a three-match One Day International series in August and Netherlands the following month for three ODIs. A tour to Sri Lanka for three ODIs and two T20Is follow in October.