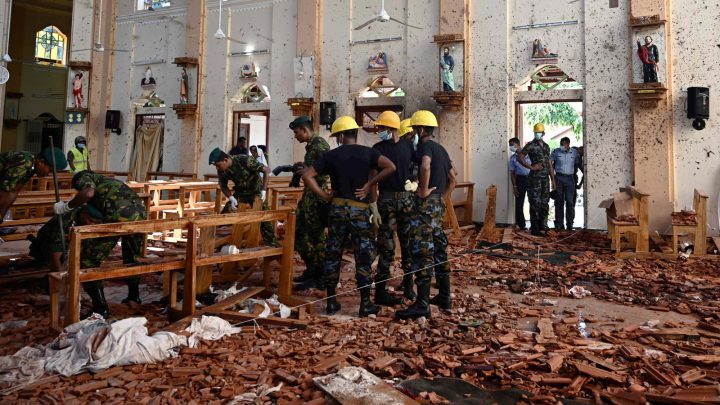 A Sri Lankan security dragnet hunting those responsible for horrifying bombings that claimed more than 350 lives has scooped up a further 18 suspects, police said Wednesday, as pressure mounted on politicians to explain why no one acted on intelligence warnings.

The government announced there would be sackings in the security forces and police leadership following Sunday’s attacks on churches and luxury hotels as the death toll in the suicide blasts rose to 359.

Authorities were urgently investigating a claim by the Islamic State group that it staged what was one of the worst militant strikes on civilians in Asia.

The new arrests were made in night-time raids using emergency powers introduced since the attacks, said police spokesman Ruwan Gunasekera.

“Based on information, we raided three locations and arrested 17 suspects,” Gunasekera said. “Another suspect was arrested at a fourth location.”

Prime Minister Ranil Wickremesinghe said Tuesday that police were hunting for more armed suspects and that further attacks were possible. “We are trying to apprehend them,” he said.

Police have announced 58 arrests since the bombings on three churches and three hotels. An attack on a fourth hotel failed.