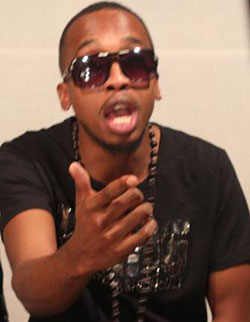 AFROPOP singer, Shaun Chitsiga – better known as Stach – recently collaborated with Zimbabwean Kwaito star Mbekezeli Mpofu (Pozee) in a song that was produced by Polite Sithole aka P2DaOh.
The track is a mid-tempo Afro-pop and Kwaito collaboration that carries hard and clear lyrics which celebrate the diversity of Zimbabwean women – a trait that makes Zimbabwe unique!
Stach raps in his native Shona language with a bit of English when he performs his punch-lines while Pozee performs his traditional hardcore Ndebele lyrics.
Pozee showcases his diversity and experience by rapping about women from different parts of Zimbabwe like Murambinda, Kadoma and Harare, clearly describing the attributes for which they may be known.
The video production was directed by rising filmmaker Andy Sobuza aka Andy Cutta and was filmed on the 27th of April at Cape to Cairoin Bulawayo. It features Bulawayo based women lifestyle group The Divas, musician Alaina and television presenter/producer Bless of the Teen Scene fame.
The main objective of the production was to raise the standard of presentation of local music in anticipation of the imminent digitalization age in Zimbabwean media and also to match International standards being achieved by other African musicians like JK, 2Face, Mafikizolo and Davido.
Abantwana BeZimzim