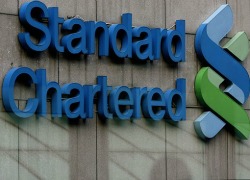 STANDARD Chartered Bank’s Zimbabwean unit on Tuesday cancelled the automatic use of its VISA cards internationally in response to a deepening shortage of US dollar notes in the country.
“We regret to advise that we have cancelled the automatic use of your VISA debit card outside Zimbabwe with immediate effect,” said the bank in a statement.
“This decision has been taken to ensure the best use of the increasingly scarce foreign currency resources which is disbursed in line with the priority list issued by the Reserve Bank of Zimbabwe if and when available.”
The southern African nation has been in the throes of a cash crisis since March last year as a widening deficit and a stronger US dollar, its adopted currency since 2009, weighed heavily on the economy.
Zimbabwe’s trade deficit has widened from an average of $400 million 10 years ago to $2,5 billion in 2015.
Analysts say the introduction of bond notes — a parallel currency — in November last year to circulate alongside other currencies and equal to the US dollar, has accelerated the flight of the greenback from the market amid doubts about the government’s ability to deal with the crisis.
In May last year, central bank governor John Mangudya announced a priority list to guide banks in making foreign currency payments.
The highest priority is being given to imports of critical and strategic goods such as basic food stuffs and fuel, health and agro chemicals that are not available locally.
Stanchart said clients travelling out of the country would have to apply for consideration to use the visa cards.
“Clients who wish to use their cards outside Zimbabwe may apply for special dispensation at least 72 hours before their date of departure,” the bank said.
“Customers are requested to submit evidence of all expected expenses to be incurred whilst travelling outside the country.”Advertisement