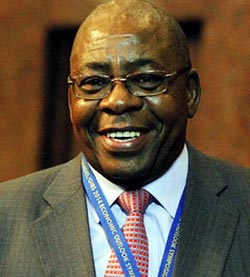 STAR AFRICA Corporation on revealed Thursday that it had received a $5.6 million offer for its 33,3 percent in Tongaat Hulett Botswana (THB).
StarAfrica Corporation company secretary Aldo Masemburi said the offer was subject to the exercise of pre-emptive rights by the other shareholders in Tongaat Hullet Botswana and the conclusion of legally binding agreements with the prospective purchaser following the discharge of right of pre-emption.
“A notice of intention to sell has been given to THB and a response is expected on or before March 5 2014 as prescribed by the shareholders Agreement. It is anticipated that the disposal will be completed and the proceeds of the sale received by April 30 2014,” said Masemburi.
Giving a market update on the company’s operations, Musemburi said although stiff competition continues from lower-priced imported sugar they welcome the measures put in place by government to support the local sugar industry through an improved import duty structure with a view to stabilizing the local sugar market.
“This will increase the uptake of sugar from the upgraded plant by industrial and direct consumption market segments. It is anticipated that the company will start realizing these benefits in the first half of the 2014/2015 financial year,” Masemburi said.
Last year, Star Africa corporation shareholders have approved a scheme of arrangement that entails a cocktail of measures meant to turn around the group’s fortunes.
Seventy-two percent of proxies who participated in the company’s extraordinary general meeting last week endorsed the scheme.
Group chief executive Sam Mushiri said the scheme would become operational once it has been approved by the High Court early next month.
“We are on course. We are now going to gather on August 7, 2013 in the chamber and the scheme will be operational,” he said.
While the scheme entails a number of strategies to turn around Star Africa Corporation’s fortunes, the main issue on the agenda at the EGM was considering disposal of some assets to enable the firm to raise funds to clear part of its debts.
Mushiri said he was always confident that the company’s shareholders would endorse the scheme.
Major shareholders in the sugar processing company include the National Social Security Authority (18 percent), ZSR Investments UK (14 percent) and Old Mutual (10,7 percent).Advertisement

The scheme provides that lenders and creditors, owed a total of US$19,7 million, would not be paid for months to allow the company to work on its payment plan.
The six-month moratorium would allow Star Africa Corporation to sell some of its assets to partially settle liabilities immediately thereafter while the balance would be staggered over 32 months depending on the nature of liability.
The company had faced a bleak future amid reports some of creditors had started legal action against the company.
Star Africa Corporation directors proposed to dispose of its 33,3 percent stake in Tongaat Hulett Botswana and its entire shareholding in transport concern Blue Star Logistics.
The scheme will also see the company upgrading its sugar refinery plant in Harare to improve the quality of sugar required by bottlers from 40 to 100 percent.