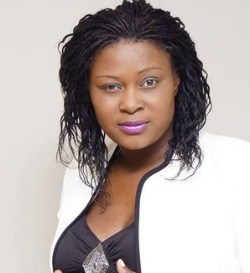 STAR FM news anchor, Yvonne Tivatye, on Monday dragged her husband to court on allegations of bashing her.
Tivatye was allegedly assaulted last year after she confronted her unemployed husband for depleting her financial savings.
James Karichero, 40, appeared before a Harare magistrate facing charges of threatening to murder his wife as well as physical abuse.
According to the state, Karichero also assaulted his wife accusing her of taking contraceptives so that she could enjoy her money with boyfriends.
Allegations against him arose on November 21 last year when he went to pick up Tivatye from her workplace.
It is alleged that while on their way home, they had an argument over a Telecash Debit Card which the woman had given to her husband.
Court heard he had used all the money.
Suddenly, Karichero threatened to drive into oncoming traffic saying “Ndipo pazvaperera pano” meaning “we are going to die here” inducing fear in his wife.
When they reached a certain fuel station along Willowvale Road in Tivatye managed to escape.
The husband allegedly followed her and started beating her with open hands before he started dragging her on the ground.
She sustained head injuries and later reported the abuse.Advertisement