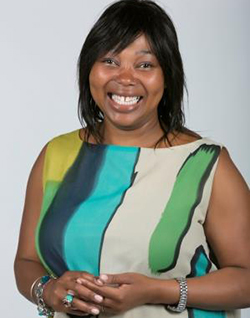 TALENT Show StarBrite’s finals for the Northern Region will be held in Harare this Friday at the Jazz 24/7, organizers of the event have revealed.
StarBrite Creative Director, Patience Muzanenhamo Lusengo, said they were now in the 2nd and 3rd rounds of the competition after holding auditions around the country.
“The contestants that are chosen from these rounds will be going through to the Boot Camp, which will be held from the 23 September to the 30th of September 2017,” she said.
The Boot Camp will see shortlisted candidates receiving vocal training and capacity building. This will be followed by the quarter finals, with the semi-finals divided into three parts – the 70’s Night, the Legends’ Night and the Own Choice Night.
This will be followed by the last boot camp where assignments for the finals will be given, with three nights set aside, each with a specific task.
“In the finals, only the winners of the categories will receive prizes with the overall winner getting the grand prize,” said Lusengo.
“Losers walk away with consolation prizes, which will be determined by the level of sponsorship. In addition, the winner will also receive a recording contract with local studios or other international recording studios.”
She said the programme was part of a project aimed at bringing back a sense of self-worth and professionalism among the multitudes of talented Zimbabweans and also creating lively and entertaining programs that people wanted.
The auditions kicked off in April this year at various centres across the country with singing and non-singing categories, the latter featuring poetry, comedy, dancing and other performances.
Lusengo said the winners of the final will get a free recording contract with either a local or international recording studio to be revealed in due course.
The 28-week TV series, which was inaugurated in 1989, was the launch-pad for various artists who went on to make their names in the arts industry, among them Prudence Khatomeni-Mbofana, Bethany Pasinawako, Kireni Zulu, Mathew Kaunda and Tendai Chidarikire, Brian K and Probeatz.
“StarBrite’s vision and objectives are to expose and identify arts and musical talents in Zimbabwe. It is a tried and tested brand, a Zimbabwean concept that predates the popular Western programs like Pop Idol and X-factor,” Lusengo added.Advertisement