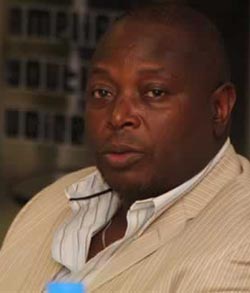 A TALENT search competition run by ZBC Disc Jockey Barney Mupariwa under his Events “R” U company has been slammed as a rip off by teenagers.
Most of the teens said the $5 registration fee they were being asked to pay to enter the competition was just too much as most of them were school going-children and could not afford such an amount.
The students said their parents could hardly afford $1 for a loaf of bread at home let alone pay $5 for them to compete in a talent competition.
“It’s the first time that I have heard about it and it’s not fair to some of us who are talented. I guess they now want to promote children of the rich,” said Kudzanayi Manyemba, 17, form Glen View.
The talent search competition appears to be growing in popularity since it was re-launched in 2012 when Barney returned home after years in America.
Contestants are required to send $5 via a mobile money transfer platform to an Econet number for them to qualify for the talent search show.
Justifying the registration fee, an official from Starbrite said they only work with teenagers who are serious.
“The $5 we are asking for is not too much and, if one really wants to be part of our talent search and be recognised, they can just pay that money because this is a commitment fee,” he said.
Asked about the number of contestants they are expecting, the official said comparing to the previous numbers, this year the event is set to be bigger and better with close to 20,000 contestants from the country’s ten provinces expected to register.
Last year, the overall winner, Trust Makurumure, was given a residential stand, recording contracts, $500 cash, three mobile phones from G-Tel and Africom and an internet dongle, as well as hampers from mama’s products, Unilever, Oceane, vouchers from Colcom, lake harvest and Kefalos cheese products.
StarBrite predates popular western versions such as American Idol, X factor and Britain Has Got Talent.Advertisement