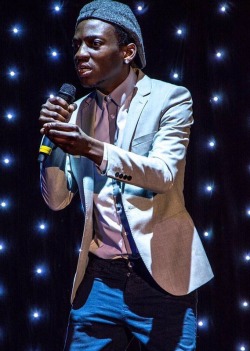 THE fifth edition of the Zimbabwe Music and Arts Awards UK (ZIMAA UK) will be held at the Holiday Inn Maidenhead Windsor on Saturday the 26th of November, organisers have said.
This year’s event features a three course dinner and live entertainment as well as the awards show and an after-party. Tickets have been released on general sale and an exciting line up of artists has been drawn up. Nominations were open until the end of October with fans nominating their favourite artists.
There are a record 30 categories for this year’s event in music, film, events, literature and media and broadcasting. This is testament to the growth in these arts sectors by Zimbabweans who are now rising to challenge the established order, seeking to dominate in these areas. After the initial nominations, the moderation committee trimmed the lists down to 5 nominees per category who will be the finalists. Previous winners include Mokoomba, Cynthia Mare, Zimpraise, Moe Makaya and many others.
With a dream team of artists billed to present and perform ZIMAA UK 2016 is sure to leave guests asking for more. Themed “From Then To Now”, and presented by former ZIMAA winner Shanky and prolific producer and “Mukoko” hitmaker Jusa, this year’s event will chart the history of Zimbabwean music through song and covers from the olden days to the present.
ZIMAA organisers said they can guarantee all guests this year a musical night they will never forget with live performances from Shanky and Switzerland based Queen Mashie supported by the amazingly talented live band outfit Zee Guvheya and the Heritage Survival Band who will also introduce guests to some of their new content which will not disappoint.
Young Zimbabwean arts collective MadeInZWE will also be present and member Kuda Ruzane has promised all guests a mind blowing performance. Capping off this amazing line up, pedigree comedian Munashe has been pencilled in to give his usual side splitting observational comedy.
Since the awards’ inception in 2011, following on from the ZimAwards in 2009 and 2010, ZIMAA UK has provided an unrivalled platform where all artists based in the United Kingdom can be nominated and stand a chance to win the award based on how many votes they get from members of the public and other criteria decided by a moderation committee comprised of unbiased, seasoned industry experts.Advertisement

For the third time, the process also includes all Zimbabwean artists who have toured the United Kingdom in the past calendar year. This should be a highly competitive category in a year that has seen a record number of touring artists touching down in the UK.
Commenting on whether the exercise was not merely a popularity contest the organisers said, “We are constantly looking for ways to improve our voting and nominating systems to ensure that every nominee is deserving and that everyone has a fair chance of getting voted for. One such way is creating awareness of the event in the press and public domain to ensure every qualifying artist is nominated and voted for by those who believe they deserve to win. Another way is to invest in stricter voting systems which we have done.”