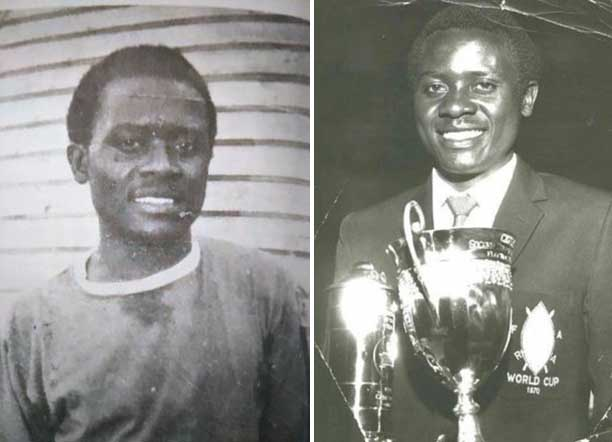 PRESIDENT Emmerson Mnangagwa has paid tribute to the late football icon, George Shaya, describing him as a “great player, mentor, and leader both on and off the field of play.

The record five-time Soccer Star of the Year, Shaya died Tuesday in Harare after a long fight against diabetes and dementia.

“The death on Tuesday of our renowned football star, George Shaya, after a long fight against diabetes, saddened me immensely,” he said.

“A great player, mentor, and leader both on and off the field of play, the late Cde Shaya achieved the rare feat of becoming a five-time Soccer Star of the Year in the then racist Rhodesia where everything, including sport, was run along racial lines. Yet he beat that artificial impairment: not once, not twice, but five clear times to become a soccer legend for all times.”

Mnangagwa said Shaya’s success on the field of play during the colonial era made him a symbol of defiance against the racist colonial regime.

“For the oppressed and racially discriminated black indigenes, he thus became a symbol of defiant victory through Sport. Our Nation will forever remember him for that psychological lift he gave our people as they struggled to dismantle the myth of white superiority and invincibility in the then settler Rhodesia.

“As many will recall, then even stadia became sites of quiet resistance, with many nationalists using popular sports and arts like football and music to mobilize for our struggle.

“As we mourn our late football icon, George Shaya, I urge our youths across sporting disciplines to strive to excel in order to put Zimbabwe on the world sporting map.

“In the same vein, I urge our Sports administrators, again across disciplines, to do no less so our young men and women are facilitated to self-actualise in their chosen field of play. Government will play its part in ensuring greater support is availed to Sport, once the Covid-19 pandemic is behind us. The increased tempo in vaccine uptake should see us going back to normal sporting before long. On behalf of government and on my own behalf, I wish to express my deepest, heartfelt condolences to the Shaya family for losing their father, guardian and mentor. He remains our icon together.

Mnangagwa also revealed that the Shaya would be given a state-assisted funeral.

“In honour and tribute to this great sporting son of Zimbabwe, I have directed Government to accord the late George Shaya a State assisted funeral. This means costs towards his interment will be met by Government,” he said.

The condolence message by President Mnangagwa comes after Dynamos had written to ZIFA seeking facilitation of conferment of national hero status on the late Shaya.

Shaya will be buried on Saturday at Warren Hills.

The legendary football star, who won the Soccer Star of the Year award five times, is widely considered the greatest Zimbabwean footballer of all time.