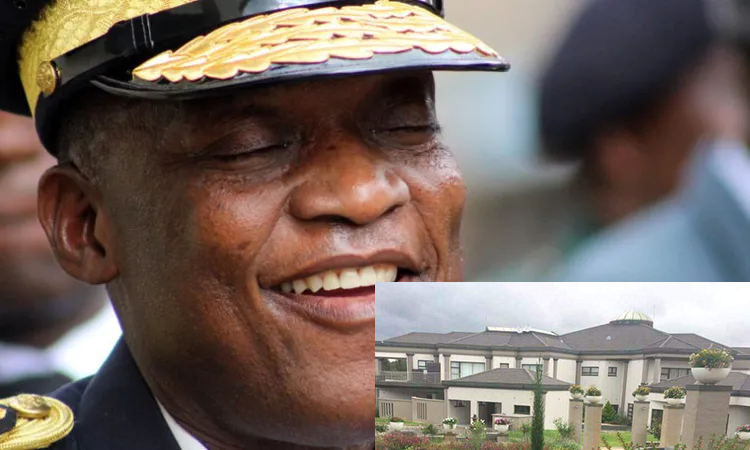 THE Prosecutor General (PG) has filed an urgent chamber application at the Supreme Court correcting State’s earlier appeal, which was struck off the roll for having papers not in order.

In the application filed through law officer, Chris Mutangadura, the PG Nelson Mutsonziwa admitted the mistake further telling the court the matter was of public importance, hence the need to continue fighting.

The State is seeking to forfeit some of Chihuri’s properties, including houses and vehicles in a bid to recover over US$32million allegedly lost through corruption.

The matter spilled into the courts after the then prosecutor-general, Kumbirai Hodzi checked with the Deeds Office and established the rushed disposal of assets by the Chihuris.

This resulted in him being granted powers to freeze the properties and assets.

However, as the matter unfolded, High Court judge Justice Pisirayi Kwenda ruled that all assets acquired by Chihuri be removed from the terms of the unexplained wealth orders prompting the State to appeal at the upper court.

In the latest appeal, Mutangadura said the PG was righting a wrong, which admittedly was observed by the Supreme Court, “thereby bringing finality to this matter of public importance as it concerns interpretation of novel legislative provisions of the Money Laundering and Proceeds of Crime Act.”

He said the inaction, which led to the matter being struck down was not deliberately made as it was a mistake of law which any other legal practitioner ordinarily makes.

“I shall truncate my grounds of appeal as clearly as possible and demonstrate why they enjoy prospects of success on appeal.

“Regarding the first error of fact stated in the grounds of appeal that the honourable court a quo committed when it made a finding of fact that all assets acquired by the respondents be removed from the terms of the unexplained wealth orders earlier granted in HACC16/20 and HACC20/20 were acquired prior to 2015,” he said.

Chihuri, his wife, kids and five companies were listed as respondents in the appeal.

Mutangadura said the record of proceedings shows that stand 832 Mount Pleasant Harare was acquired on 18 July 2017, lot 28 Chisipite was acquired on 21 March 2018, all the six properties Gletwyn Township of Gletywn were acquired and developed during the period when US$34 875 948.10 was stolen from the public purse.

“Concerning the second ground of appeal, I aver that there are prospects of success in that the High Court erred in law and fact when it determined the merits of the respondents’ explanation made in the application for setting aside of an unexplained wealth order thereby usurping administrative duties of the law enforcement authority,” he said.

“The High Court made an error of fact when it concluded that all movable and immovable assets cited in unexplained wealth orders under HACC16/20 and HACC20/20 were acquired by the respondents prior to 2015 contrary to evidence on record that six movable property and one motor vehicle was acquired during the period when $34 875 948.10 of public funds was stolen,” he submitted.

Mutangadura said the High Court also erred when it delinked the theft of $34 875 948,10 from the other movable and immovable assets when the law permits seizure or confiscation of property equivalent in value to stolen assets even when such property is found not to be tainted.

“In other words, assuming that the immovable and movable assets removed from the unexplained wealth orders is to be found untainted after investigations, the law permits the court to seize and confiscate it.”

He said Kwenda also pre-empted investigations underway by making a finding that acquisition of movable and immovable assets was lawful before investigations were complete.

“This on its own renders the decision and findings on those specific property res judicata which is an error of law. This ground of appeal enjoys prospects of success on appeal,” he said.

He said the minors are not the ones who are primarily targeted by an unexplained wealth order.