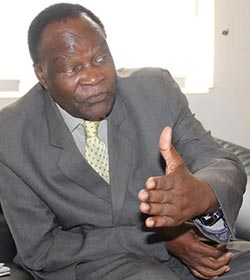 THERE have been many comments made over what I see as a fiducial crisis in Zimbabwe’s State-owned sector, most of them focus on nailing the guilty and bringing them before the law. While that may sooth the anger of Zimbabweans in the short term, in my opinion the root of the problem is not in the personalities who have made mistakes or who have been corrupt but in the whole SYSTEM itself, particularly the way Boards of Directors are appointed to our public enterprises.
Government achieves all its responsibilities and economic plans through these State-owned enterprises/parastatals. When Zanu PF, the MDC and other political parties draw up their election manifestos, the promises they are making there will be delivered through no other vehicle except those public enterprises or institutions that we see being run with no direct accountability to Parliament when in fact it is Parliament that citizens elect to deliver promised outcomes. Effectively the whole executive i.e. Parliament, the Cabinet and the State President as well as Zimbabwean citizens who put them in Parliament, are expecting their whole national economic program to be delivered in the different economic sectors by the GMB, ARDA, NRZ, ZMDC, ZBC, ZESA, and a host of other state-owned corporations/organisations.
So, it is crucially important for successful delivery of the national economic program (which the whole executive is responsible for, collectively) that the entire executive also collectively, should focus all their energies on seeing that these policy delivery vehicles are always managed efficiently, always running on course and meeting their set performance targets. Parliament has collective accountability for government performance and that requires its collective supervision of all policy delivery enterprises/institutions.
For, what else are these MPs elected to do in five years if throughout that period they leave everything to a few individuals appointed by a minister – who himself or herself is not necessarily appointed for his or her experience or ability to build and run large corporate organisations but typically for his or her political credentials, which often relate to loyalties to the top brass of the ruling clique at the time. Some of the ministers have never run an enterprise bigger than their own households but are thrust with a huge responsibility to run an entire economic sector and choose who they like to be on the boards of huge institutions that are so crucial to the outcomes that government desires citizens to get.Advertisement