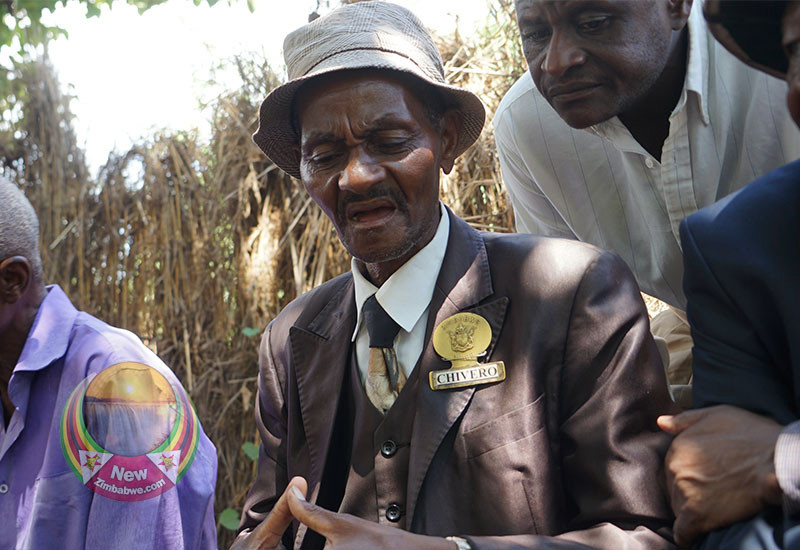 STATE security agents Monday barred Chief Chivero from attending a meeting in which the First Lady Auxillia Mnangagwa was being briefed by several stakeholders of Norton town.

The State security agents denied the chief, born Brown Shopo from entering the venue of the meeting at Dudley Hall Primary School accusing him of disrespecting the President’s wife by coming late.

There was a brief scuffle at the entrance of the venue as Chief Chivero’s aides demanded that he be allowed entry.

“Imhosva here kunonoka? Iwe hausati wambononokawo here? Kana zvisingaite hatisi kuita nharo tinongoenda hedu (Is it a crime to be late. Have you always been punctual where ever you have gone before? If it is not possible to gain entry, we can simply leave as we are not prepared to argue with you,” one of Chief Chivero’s aides was heard saying.

The State security agents could not budge and told the chief there was no space left in the meeting room.

However, a few minutes later, Small and Medium Enterprises Deputy Minister Jennifer Mhlanga and her entourage arrived, and were easily allowed into the briefing.

NewZimbabwe.com later managed to catch-up with the chief in Katanga suburb where the First Lady had gone to perform some cleaning and laundry for the elderly.

“I will not say much about that incident because if I do so, someone will go home and I am not in the habit of revenge. Leave it like that,” the chief said.

The traditional leader was also greeted by Mnangagwa and also received groceries as one of the elderly people who later thronged Dudley Primary School grounds.

Chief Chiwero made headlines last year after he was assaulted by a Chinese national at a tile manufacturing factory in Norton for demanding that the company employ his subjects.

Mnangagwa was in Norton where she prepared meals, cleaned houses and donated food items to the elderly. The MP for the area is independent MP, Temba Mliswa.