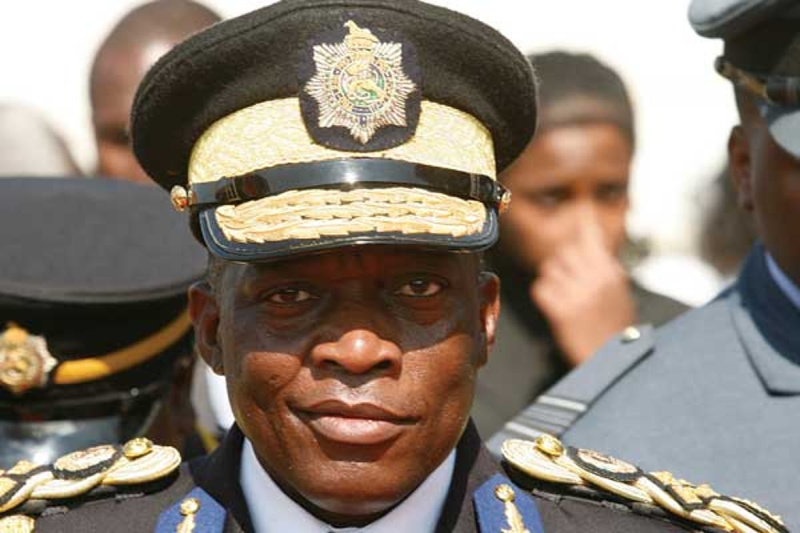 The former top cop, who is now believed to be in self-exile in Malawi, is reported to have created a “criminal syndicated mafia” that siphoned funds for his personal, family and cronies’ benefit.

Chihuri was in charge of the police force for 25 years before he was unceremoniously removed from the post soon after the November 2017 military-backed coup that saw the removal of the now late President Robert Mugabe from office.

Information Ministry secretary Nick Mangwana confirmed Tuesday the National Prosecuting Authority (NPA) had started proceedings to seize and forfeit to the State, property belonging to Chihuri and his family members.

“I hear the NPA has formally commenced action to seize and forfeit to the State a vast property portfolio belonging to former Police Commissioner-General Augustine Chihuri. Nobody should ever be allowed to benefit from and enjoy filthy lucre,” Mangwana said.

On Tuesday, Prosecutor-General Kumbirai Hodzi filed an application at the High Court seeking an order compelling Chihuri to explain how he acquired his properties. The PG wants all assets still in Zimbabwe frozen until investigations and resulting court actions are complete.

In an affidavit deposed by Hodzi, Chihuri is under investigation for criminal abuse of office, money laundering, theft and fraud. He accuses Chihuri of establishing a “syndicated criminal mafia” meant to siphon public funds for his personal benefit and that of his cronies. This would have entailed externalisation of money and money laundering abroad, he said.

Hodzi contends Chihuri established the companies in connivance with his relatives for the alleged purposes of siphoning funds from the Zimbabwe Republic Police’s revolving fund.

Isobel Chihuri, according to the State, is the managing director for Mastaw Investments, which received US$3 823 285 from ZRP General Headquarters after giving an allegedly fake business address.

Rewstand Enterprises received US$10 401 500 from ZRP despite allegedly using a fake address. Investigations by the police found a different company operating from that address, said Hodzi.

Nodpack Investments whose directorship includes Clever Nziramasanga and had Isobel Chihuri as general manager allegedly received US$5 766 252.31 from the police. But, said Hodzi, this address was a residential property for a Mrs. Marange who does not know Nodpack, raising strong suspicion that the address was fake.

Croxile Investments of 8 St Aubins Walk in Chisipite, Harare received US$1 892 040 from the police, with Vanessa Madalisto Banda listed as director and Isobel Chihuri as general manager. But the property owner is a Mr Matongo who does not know about Croxile.

ZRP also released US$10 575 732 to Adamah Enterprises of 29 Carsberg Avenue in Alexandra Park in Harare.

Isobel Chihuri is also the general manager of this company with Nelia Mafunga listed as director. But investigations found this address belonged to another company called Brightcoast Construction owned by Clever Nziramasanga.

Rash Marketing, which is owned by a CBZ employee called Shingirai Maponga and his spouse Sharon Maponga nee Tiyani, received US$764 370 from November 14, 2016 to December 12, 2016.

The companies won orders for the supply of goods and services without going to tender.

Besides the company dealings, the State is keen to have Chihuri to explain his property holdings.

The State wants Chihuri to explain how he acquired 11 listed properties: