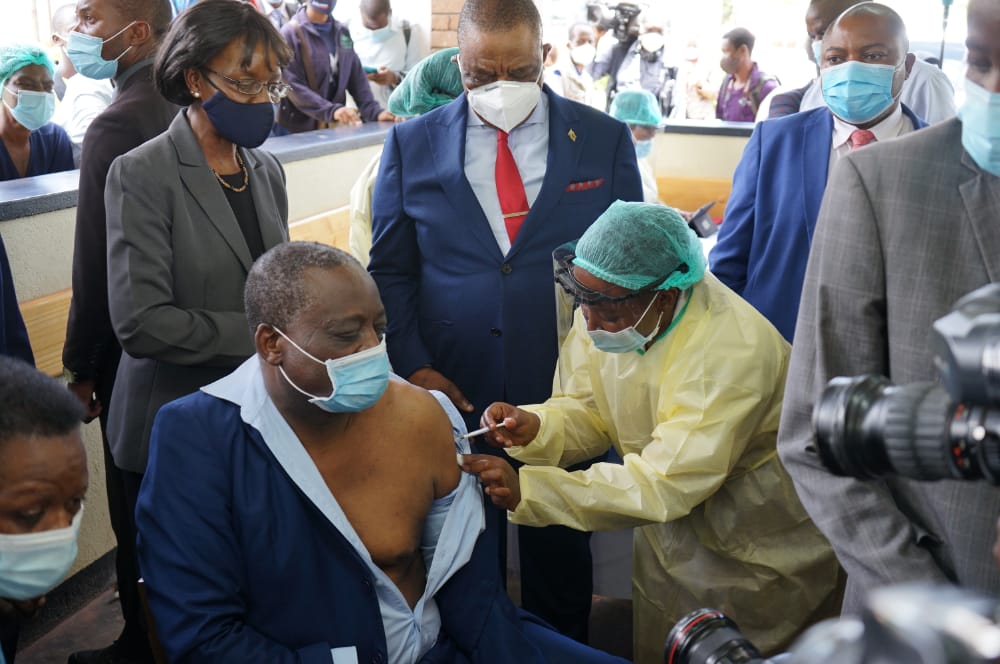 SCORES of undocumented citizens are being turned away from Covid-19 vaccination centres because they do not have the relevant national identity cards.

A snap survey conducted by NewZimbabwe.com this week in Chinhoyi, Kariba, Norton, Kadoma, Chegutu, Mutorashanga, Banket and Karoi revealed a number of people intending to get inoculated against Covid-19 had been turned away after failing to produce identity documents.

One is required to produce a national ID, driver’s licence or a valid passport to be eligible for vaccination.

Most of the people who are being turned are descendants of migrant workers who came into Zimbabwe decades ago from neighbouring Malawi, Zambia and Mozambique.

These undocumented people are mostly concentrated in farming and mining communities.

At Chinhoyi Hall Wednesday, Ellen Kariwo (33) walked away dejected after nurses told her only documented citizens were eligible for vaccination.

“I came here wishing to get vaccinated against Covid-19 after l heard on radio and through a public address system that there was free mass vaccination. However, my hopes were dashed because l don’t have an ID card,” she said.

“I am an orphan and my only surviving uncle failed to facilitate that l get a birth certificate long back because he, himself, doesn’t have an identity card.”

In Norton, 46-year-old Dyton Evaristo, also an undocumented alien citizen, said he had unsuccessfully tried to get vaccinated using a friend’s identity card after pleas to health authorities for a waiver hit a brick wall.

“I tried to reason with the nurses that l don’t have a birth certificate nor an identity card, but they didn’t want to hear me out. I have resigned to fate and l am now at the mercy of this deadly Covid-19 pandemic,” he said.

A health official, who declined to be named said IDs were important in order to maintain accurate records of people vaccinated and managing the inventory and procurement of the vaccines.

However, efforts to get a comment from Mashonaland West provincial acting medical director, Gift Masoja, over the issue were fruitless.