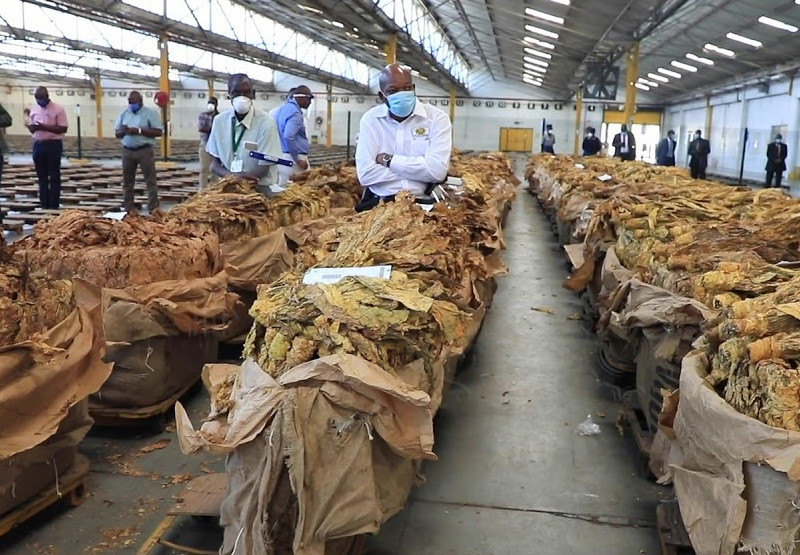 THE unchanging interbank rate which has been overtaken by the parallel market rate is presenting a high risk to the opening of the tobacco selling season to illegal buyers who purchase the golden leaf using hard currency.

“Farmers are concerned over the fact that the interbank market rate continues to stand at 1:25 against the US dollar while the parallel market has hit 1:60,” he said.

“This presents a huge disparity in terms of value and creates opportunities for illegal buyers to take over the market since they offer hard currency payments.”

The TIMB boss said they were engaging the central bank over the matter through the Finance Ministry and expressed optimism that an amicable solution will be reached soon.

“Our strategy is not to be confrontational but one based on mutual engagement because if we fail to deal with this, efforts by the TIMB to clampdown on illegal tobacco buyers may be rendered futile,” he said.

Devenish, however, said the market had greatly improved with peak business being registered mainly on the side of contract farmers while overall, tobacco sales have registered increases.

“The highest grade is around US$5.50 which is not bad. Even at our regional centres we are seeing the trade in tobacco increasing as compared to the period when we started off.”

During the last marketing season, farmers cried foul after the Reserve Bank of Zimbabwe ordered the farmers to pay 70% of the loan amounts they sourced from merchants in United States dollars, while the balance would be settled in RTGS dollars.

The farmers were also paid 50% of their money in RTGS$ accounts with the remaining 50% being deposited into their Foreign Currency Accounts.

The situation has, however, discouraged most farmers from pursuing tobacco farming with industry regulators predicting a 16% cut of the crop this marketing season.