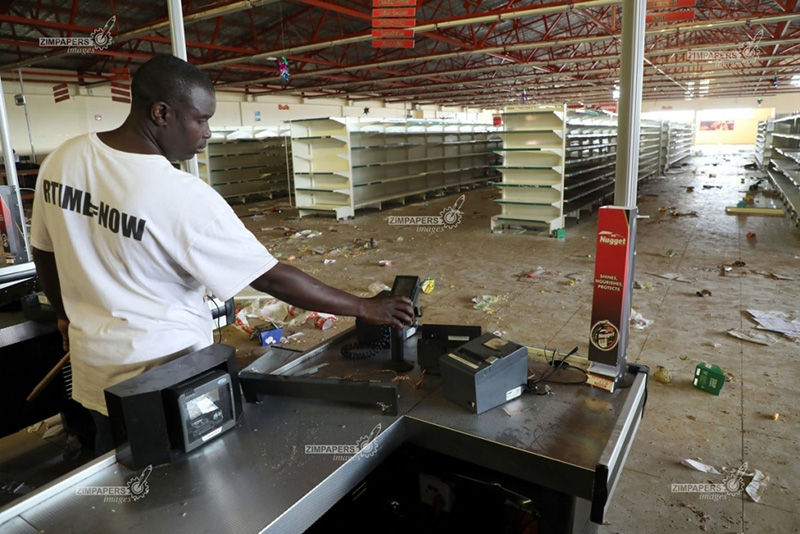 RETAIL chain Choppies has revealed that it suffered stock loses and damage to property worth about $10 million to looters and arsonists during last week’s violent protests against fuel prices.

“During the stay away disturbances, nine of our shops in Zimbabwe’s high-density areas were looted, with stock valued at approximately $2,5 million being forcibly taken away by the demonstrators,” group CEO Ramachandran Ottopathu said in a statement Wednesday.

“Of the nine shops that were attacked, four were torched by yet to be identified suspects whom we hope the law would catch up with in the very foreseeable future so that they can answer for their actions.

“The total value of the equipment and assets that were destroyed by the fire has been put at close to about $6, 5 million.”

The Botswana-based supermarket chain was among the businesses targeted in the rampant looting which characterised the stay-away protest called by the Zimbabwe Congress of Trade Unions (ZCTU).

Government responded with lethal force, resulting in, at least, 12 people being killed while dozens suffered gunshot wounds and severe beatings.

Former vice president Phelekezela Mphoko’s family was a key investor in the company but it remains unclear whether that was a draw for the looters and arsonists.

The Mphokos exited the company last week, ending an acrimonious battle for control of the business.

According to the company however, Choppies may have been an easier target for looters because most of its supermarkets are located in the high-density suburbs which was where the violence was concentrated.

“As Choppies, we took the route to bring shopping convenience to the people by locating these shops within the communities,” said CEO Ottopathu.

“This was aimed at helping people reduce transport costs whenever they needed to make groceries.

“We would like to state that this work of arsonists will not deter Choppies from its goal of ensuring that we bring grocery convenience to the people where they stay.”

The company reiterated its commitment to continue operating in Zimbabwe.

“At the moment, we await the full evaluation of the damage by our insurers,” said Ottopathu.

“Once that is done, we will then start the process of refurbishing those shops that were attacked.

“We aim to have, in total, about 60 shops in Zimbabwe and we hope that the Zimbabwean family will be with us as we continue with this journey of providing shopping excellence to the people.

“Choppies is here to stay in Zimbabwe.”

Ottopathu expressed hope that those responsible for the looting would be brought to book.

“We reiterate our hope and prayer that the long arm of the law will catch up with all these malcontents who looted and torched our shops and those of our fellow business colleagues so that they face the full wrath of the law for they have deprived families of livelihoods and access to basic commodities in a very convenient way.”