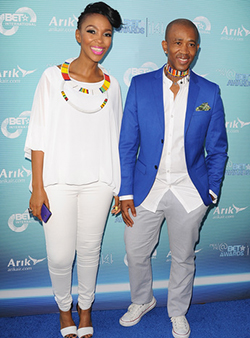 ORGANISERS of arguably the biggest annual music event in Bulawayo, the Kalawa Jazzmee Homecoming Party, have announced a stellar line-up that will perform at this year’s edition.
The event hosted by Zimbabwe-born and South Africa-based legendary music producer, Oscar ‘Oskido’ Mdlongwa will be held on 27 December at the Queens Sports Club.
Oskido is the co-owner of the Kalawa Jazzmee music stable and also runs several other businesses in South Africa.
The stable is credited with shaping that country’s music industry, producing artists such as Boom Shaka, Bongo Maffin, Mafikizolo and Berita Khumalo.
Headlined by Oskido himself, this year’s edition will feature South African hip hop artists Cassper Nyovest and AKA. The two have a long standing beef will share the stage.
It will be AKA’s first performance in Bulawayo, while Cassper Nyovest held a show in the city this year, putting up a top drawer performance.
Other artists billed to perform are Mafikizolo, Durban Nyts popular for their smash hit, Shumaya, Dj Fresh, Dj Tira, Dj Pepsi, Stiff, Bobsta, Tony Digital and B-Soul.
On the local front, Khuxxman, Defined House, Dj Sbago, Scooby, Kwabatsha, Cal_vin, Skaiva and Mzoe7 and Dj liz, will warm up the stage for the South African contingent.
Local deejays Emmity Smooth and L-Roy will also feature at the event.
The Masters of ceremony on the night will be comedian Babongile Sikhonjwa and veteran radio broadcaster, Ezra “Tshisa” Sibanda.
Tickets will be going $15 for the general entry and $40 gets you into the VIP section.
Davido ft Mafikizolo – “Tchelete (Goodlife)”