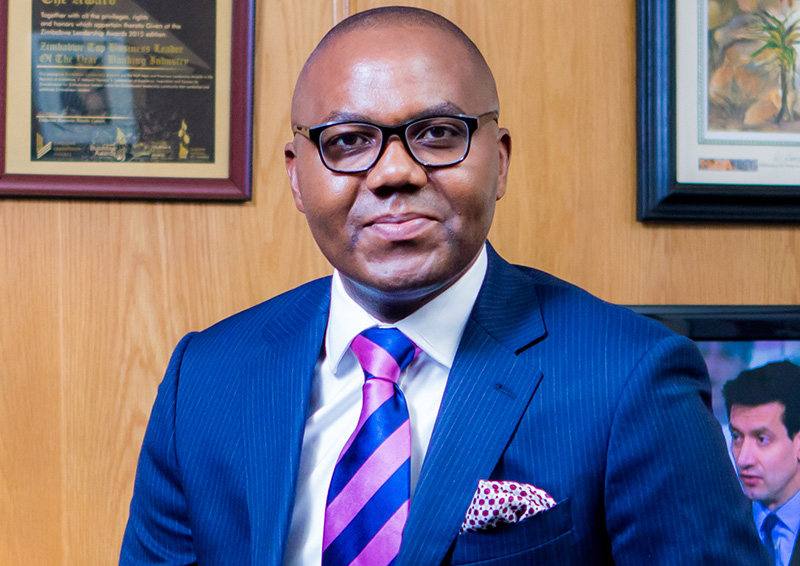 STEWARD Bank CEO Dr Lance Mambondiani has been announced as this year’s keynote speaker at the USA edition of the Zimbabwe Achievers Awards (ZAA), taking place on Saturday 29 September in Washington.

Mambondiani has previously been a guest speaker at the SA, UK and USA chapters. His attendance at the event coincides with the launch of the bank’s innovative Square World App, which will be launched in Washington on 28 September and hosted by CMG Media International.

The Housing Development Scheme and Mobile Banking Application, which is targeted at Zimbabweans living abroad, is now live in the United Kingdom as well.

The mortgage facility will be available at zero deposit, on a 25-year tenure and an interest rate of 2% per annum, the lowest rate in the Zimbabwean market.

Chairman for Zim Achievers, Conrad Mwanza said: “Dr Mambondiani has been an instrumental partner of the Zim Achievers for several years.

“His wealth of knowledge and his innovative approach to the financial world is second to none and we are honoured that he has agreed to speak at the third edition.”

“His attendance this year is significant, as it is an opportunity to highlight the long-term business and investment prospects Zimbabwe has, particularly the bank, which has developed 200 housing units in Ruwa, situated on the outskirts of Harare.

“Of these, approximately 100 housing units are available for immediate purchase by Zimbabweans living in the diaspora.

“Like him, we are committed to rebuilding Zimbabwe and helping those in the diaspora make key investments that will benefit them in the long run.”

Notable guests who will also be in attendance include Zimbabwe’s Ambassador to the US, Ammon Mutembwa and African Union Ambassador Arikana Chihombori Quao.

Meanwhile, the late Dr Jack Ramsay, a worldwide ambassador for basketball will be honoured posthumously.

Dr Ramsay was an innovative, ‘Hall of Fame’ coach who won titles and taught the game around the globe. He also coached in the NBA and NCAA for over 30 years.

Today the programme is empowering hundreds of underprivileged children across Africa including Zambia, South Africa, Burkina Faso and Zimbabwe.

Voting for this year’s nominees closed on 20 September, with a record number of votes received.

“Zim Achievers USA has come a long way in the last three years. The public’s engagement is a great part of this process and it would be remiss of me, if we didn’t acknowledge their part in helping us select the cream of the crop for this year’s edition.”

The ceremony will take place at the Gaithersburg Marriott hotel. The spectacular lakeside hotel has scenic views and is within walking distance of the popular RIO Washingtonian Center. Tickets are on sale for $85

The awards were established in 2010 and continue to celebrate the accomplishments of individuals and organisations in fields that include business, sport, entertainment, arts and culture