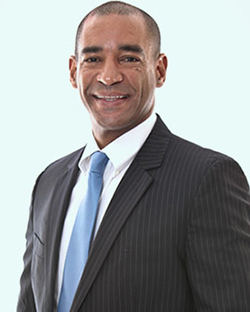 HARARE: Steward Bank has reported a 37 percent jump in net profit for the six months to August 31, 2016, buoyed by non-funded income after its aggressive tilt to transactional banking and consolidating profitability after snapping a run of losses in the last financial year.
The bank, wholly owned by Econet Wireless Zimbabwe Limited, saw its after-tax profit reaching $2,6 million in the six months, up from $1,9 million.
Steward brooked a tough operating environment to register a 19 percent jump in net operating income to $13,9 million, while pre-tax profit was 64 percent up to $4,3 million.
As a result of the bank’s transactional banking strategy, non-funded income — bank charges and fees — grew by 44 percent due increased customer transactions and agent banking.
There has been an upswing in the use of plastic and mobile money amid a pervasive bank note shortage which intensified at the beginning of the year.
Steward Bank reported a 320 percent surge in depositors, with 120,000 new accounts opened during the period under review.
“I attribute the growth to our bold strategy to pursue a new banking model anchored on transactional banking and a seamless integration with the EcoCash mobile money platform as central pillar”, said Steward Bank chairman Bernard Chidzero.
“The cash shortages have also resulted in an exponential growth in our Point of Sale (POS) business with the bank now controlling a significant market share of local transactions, a result of our early decision to invest in over 10,000 POS devices in prior years.”
The bank has also embraced digitisation to achieve higher efficiency through the “Shrink-to-Grow” strategy that saw a reduction in the number of branches, rationalisation of headcount and increase in efficiency through self-help banking to absorb the growth in client numbers.
Operating expenses increased by 6 percent owing to the growth which was witnessed in the period,but the cost to income ratio improved to 64 percent in the period, relative to 73 percent recorded in the comparable period last year, reflecting the improvements in operational efficiency.
Key metrics remained solid, with the bank reporting a core capital base of $37.6 million as at 31 August 2016, a sign of strong capital position.Advertisement