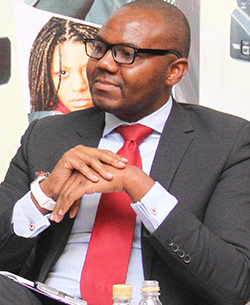 HARARE: Steward Bank, a subsidiary of Econet Wireless, on Wednesday reported its first ever full-year net return, declaring a $5,4 million profit for the period to February 29 from a loss of $8,3 million last year.
Econet Wireless took over the bank, then TN Bank, from former Econet chairman Tawanda Nyambirai. The mobile operator had first acquired a 45 percent stake in 2012, before taking over the remaining shareholding in 2013.
Steward Bank reported a 23 percent rise in transaction volumes to $24,34 million. Profit before tax amounted to $6,2 million, compared to a loss before tax of $9,5  million last year.
“Our loan to deposits ratio averaged 58 percent reflecting our cautious approach to lending. More significantly as part of the clean-up process, we managed to reduce our non-performing loans ratio from 35 percent to 13.5 percent,” said chairman Oluwatomisin Adeola Fashina.
Fashina left the bank in April to pursue other interests in the region.
Operating expenditure declined to $18 million from $29 million in the previous year.
The bank’s liquidity ratio stood at 72 percent against the prescribed minimum ratio of 30 percent. It has a capital base of $38,6 million.Advertisement