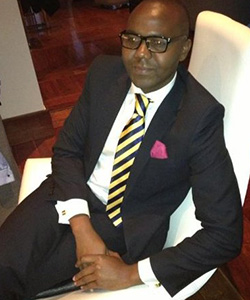 STEWARD Bank, a banking subsidiary of Zimbabwe’s Telecoms giant Econet Wireless Limited recently announced a move to reduce its branch network whilst introducing Zimbabwe’s first Agent banking model, an audacious plan to turn small retail shops all over the country into bank agents, providing limited banking services such as account opening, deposits and withdrawals.
Rather than a branch teller, it is the owner of a retail outlet such as TM, Spar or OK who conducts transactions on behalf of the bank, allowing customers to deposit, withdraw, and transfer funds, pay their bills, enquire about their account balance or receive a direct deposit from their employer. The retail agent uses information and communication technology to transmit details from the retail agent or customer to the bank.
In a country in which access to financial services is limited to urban areas with notoriously high bank charges, the concept is hardly new. Using agents to distribute financial services was perfected by the wildly popular mobile payment platform, EcoCash, another subsidiary of Econet Wireless with over 14 000 registered agents in Zimbabwe.
EcoCash, which ranks only second to Kenya’s MPESA worldwide in terms of success, has processed payments equivalent to 10 percent of the country’s GDP. The EcoCash agents, who are in fact independent retail shops performing cash in and cash out facilities are dotted all over the country including the most remote rural outposts where a bank could not conceivably set up a branch.
The Steward Bank agent banking model, which mirrors the swathes of EcoCash agents across Zimbabwe could be pioneering the very future of banking where the bank branch might not be necessary for customers to perform banking services. In the future, if not the present, the traditional bank branch will encounter an impossible task of maintaining decent margins through an albatross of huge fixed rental and security costs whilst facing potential deconstruction from technology based intermediaries performing almost similar services for a fraction of the cost.
Worldwide, the future of branch banking is at best comatose. Some banks have remained obtuse and typically slow to reinvent in the wake of a real and present danger of disruption.  The impact of the internet and mobile devices has made the rules in managing channels and how banks reach their customers a moving target. In the advent of simplified and leaner delivery channels such as EcoCash, it is inconceivable that the traditional big vaulted bank branch can compete with a corner store licensed to do a cash in cash out function – which, in essence, is the daily banking requirement for ordinary people.Advertisement

Unconfirmed reports suggest that Standard Chartered Bank will close up to six branches in Zimbabwe and retrench about 100 employees as the group downsizes its operations in the country. In October, UK banking giant Lloyds Banking Group axed 9,000 jobs and announced that it would close 150 branches over the next three years to pursue a digital strategy. In 2011, Bank of America led the onslaught on the branch, shedding off up to 600 such units across the US.
As part of its restructuring exercise, Steward Bank shed off about 40 percent of its branch network choosing to deliver service to customers using the mobile channel. It might not be today, but the branch could be facing a ‘cassette player’ type of extinction. No one believed back then that iTunes would become the most dominant force in worldwide music distribution.
At their core, banks are like any other businesses, they sell money. The branch was invented as a way to distribute cash to clients. This primary function of the bank is dead. In a digitally connected world, customers want access to their money on the go, 24/7 without the added burden of visiting a physical structure to do a withdrawal.
The future of banks and banking will be based on a model that recognises that every retail business is about distribution. To increase margins, banks will have to find a cost-efficient way of reducing the cost of distributing money to their customers to increase their margins. Agent banking will provide Steward Bank an unprecedented distribution network for the bank’s financial products at a fraction of the cost. If successful, the model could yet prove another Zimbabwean test case of a bank whose banking services can reach everyone without the need of a large footprint of ‘staid’ banking halls.
Despite the huge cost-benefits to banks, banking through agents appeals to regulators and policy makers because it has the potential to extend financial services to the unbanked market and marginalized communities particularly in remote areas unserviceable by the normal bank branch.
The Steward Bank pioneered agent banking model will without a doubt change the country’s banking behavior. It will increase financial deepening and extend financial services to the most remote parts of the country. Together with the EcoCash success story, this concept has the potential to become an African success story on branchless banking, redefining how customers will access their bank in the not so distant future.
Twitter @DrMambondiani