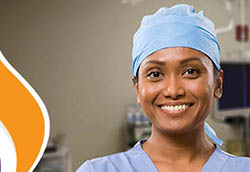 HARARE: Medical insurer Steward Health, a subsidiary of Econet Wireless, has collapsed six individual health plans into a single plan citing high costs, resulting in a shock subscription rate increase from as low as $8 to $177 per month.
“Steward Health has also been providing a range of plans from which members could choose from. Regrettably, these plans can no longer be sustained. As such, starting from 1 January 2017 all the other plans will no longer available and only the Vitality plan will remain,” said Steward Health managing director Hazel Banza in a circular to scheme members dated 31 October 2016.
The Vitality plan monthly contributions for an adult will be 80 percent higher from the current $98.
According to the medical fund’s website, individual monthly contributions for its entry level ‘starter’ package were $8 per person, while the ‘standard’ package is $35 per adult. The ‘classic’ and ‘active’ packages cost $45 and $78 dollars per adult, respectively.
Banza said that the current contribution rates were inadequate to meet claims.
“The cost of  maintaining cover has increased astronomically over the year rendering the current contribution rates inadequate to meet the claims. We have thus been left with no choice but to increase subscription rates so as to allow sustainable medical cover,” she said in the circular.
Steward Health officials did not respond to queries.
Zimbabwe’s health funders have complained that the country is one of the most expensive on the continent despite its comparatively low per capita income. The latest available industry statistics show that health funders paid $400 million in 2014 for services ranging from hospitalisation, drugs and laboratory tests.
Zimbabwe’s health costs are more than twice that of regional rivals South Africa and Zambia and Asian giant India, according to official data.
However, health CPI has declined steadily from 103.6 points in December 2015 to 102.9 in October 2016,according to the latest Zimstat data.Advertisement