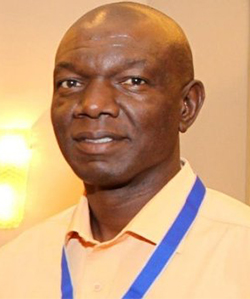 FOOTBALL Union of Zimbabwe (FUZ) secretary general Paul Gundani has said it is a wrong that former players all try to become coaches at retirement leaving the administration of the game in the hands of those with “cash” but lack any knowledge of it.
The former Warriors star said it was also a shame that ex-footballers continue to be used by those ignorant of the game, who sow discord amongst the players so that they remain divided.
He however, admitted that, as former players, they have let down the development of the football by choosing to continue being workers instead of taking over the management or administration of the game.
Gundani’s remarks come after a series of blunders and mismanagement of football resources by the Zimbabwe Football Association (ZIFA) under former board chair Cuthbert Dube putting local soccer into disrepute.
Dube was forced to step down on Friday.
Gundani, who also played for Lancashire Steel FC and Ziscosteel, said most former footballers have toiled for the better part of their productive years working hard as players to improve the status of the game in the country, Africa and beyond.
“We have worked tirelessly as players to build the reputation of Zimbabwean football in the past and now the game is in tatters and no solution of reversing the rot is in sight,” Gundani told NewZimbabwe.com.
“But our efforts seem to have earned us nothing as we continue to watch the administration of the game from the sidelines.
“Zimbabwean soccer, our game, which most of us started playing in our teens is now in a comatose state.
“We were brought up all our lives in it and it is the only activity that we have been exposed to most of our lives.”
Gundani said amongst the former footballers they have capable and reputable leaders who can take Zimbabwe’s game from the current shambles, to a respectable position in Africa.
“We do not need funding from an individual but from government and the corporate world,” he said.
“But the two institutions can only do so if our game is properly managed. Football, if properly managed along business lines, generate the funding required through sponsorships.
“It is an industry capable to raise resources required to take care of its liabilities.”Advertisement