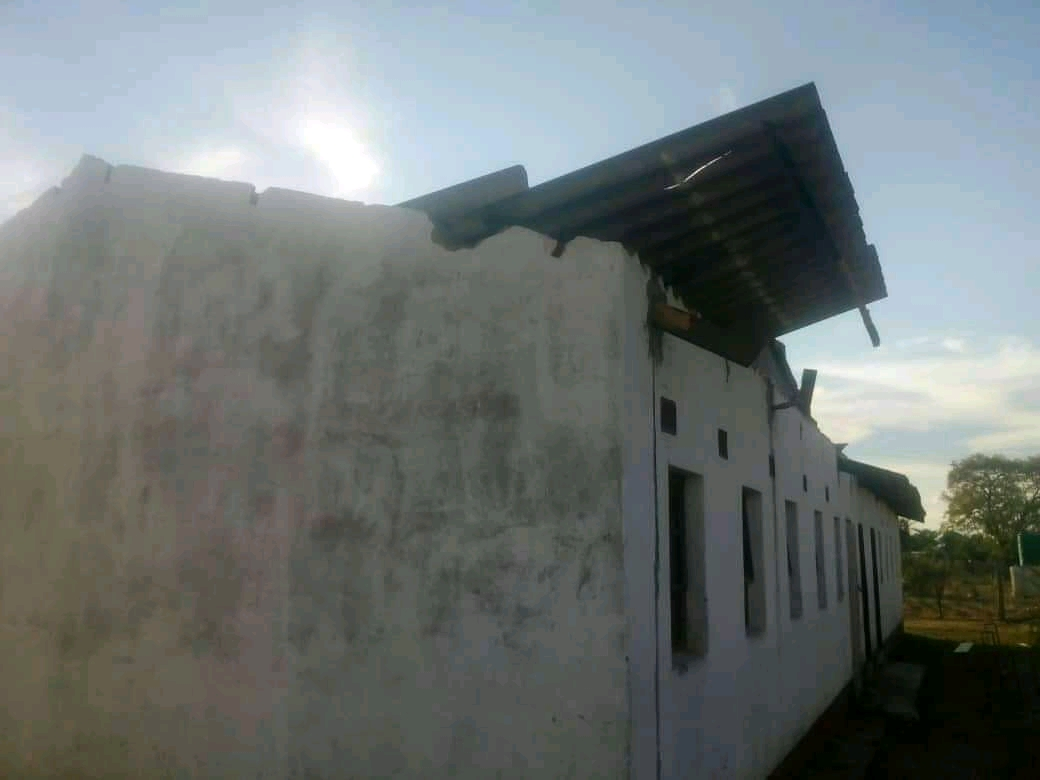 Part of the damaged school classrooom block
Spread This News

HEAVY rains and thunderstorms which have been pounding Midlands province in recent days have ripped apart Donsa Primary School in Silobela.

Donsa ward councillor, Willard Moyo confirmed the incident to NewZimbabwe.com and said the storms have left a trail of destruction in the area.

“Heavy rains accompanied with storms which have been pounding our province have left Donsa Primary School with roofs blown off. As the ward councillor for the area in particular, and a former student of this school, in general, I’m shocked by this incident,” said Moyo.

“However, it’s a natural disaster and can’t be blamed on anyone as it’s from God. I’m thankful that at least no lives have been lost in the incident. I’m looking forward to the government and Zibagwe RDC (Rural District Council) to quickly chip in and assist by with roofing material,” he said.

Meanwhile, the Kwekwe District Civil Protection Unit (CPU) has issued a warning to mine owners not to allow workers to go underground when it is raining to avoid cases in which they end up being trapped in the event of mines collapsing.

“Furthermore, during this period drownings according to the CPU cannot be ruled out. The season is anticipated to be a normal to above normal season. Inevitably, rivers and dams will be flooded. School authorities are urged to advise pupils not to attempt to cross flooded rivers. Pupils should also avoid swimming in such rivers and dams. Many young innocent souls have in the past been lost due to drowning and crocodile attacks.”