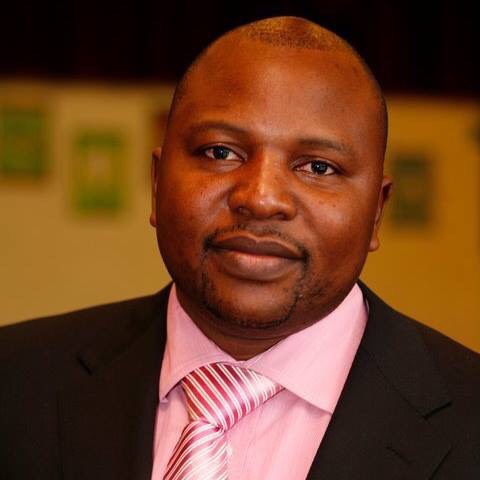 ZIMBABWE is endowed with vast natural resources and has immense potential to compete on the global stage.

Natural resources alone, however, are not sufficient. In order to maximise the national economic benefit, Zimbabwe must, as a prerequisite, strategically audit her capabilities, and leverage any expertise discovered in maximising value when negotiating international deals.

The competitive advantage of developed nations hinges on their human capital; they are essentially knowledge-based economies leveraging on research capabilities.

The UK economy, for example, is almost entirely financial services and research-based, whereas Japan, South Korea, and Singapore have little natural resources but thrive, instead, on their knowledge competence. The trend is emerging in Developing Economies with India among the leading nations to embrace a human capital-based economic growth model.

Zimbabwe boasts a relatively strong human capital base, albeit scattered around the world. The country is yet to leverage this resource to develop local expertise in high value-added services such as strategy consulting, complex financial advisory, economic research, and thought leadership.

These skills are critical success factors and a national asset in the dynamic information age. In the finance sector, for example, only low value-added services such as auditing, basic commercial law, and retail banking are prevalent locally.

The government and corporates are forced to resort to external (foreign) agents on advice on complex services such as strategic consulting (corporate/public policy), fundraising (debt/equity), investment banking (corporate finance and M&A advice) as well as complex commercial law mandates. Not only do such arrangements compromise local intellectual property, but they also ensure that highly skilled talents are externalised, which is detrimental to domestic economic development in the long term.

As we have seen in the last two years under the Transitional Stabilisation Program (TSP) Zimbabwe’s economic revival will be driven by productivity in the agriculture and mining sectors.

To extract the most value out of these sectors, indigenous strategic and financial structuring experts are required as they are more likely to act in the best interests of the country without conflict of interest as opposed to foreigners.

At the international level, Zimbabwe competes against experienced deal makers. Negotiating transactions with the UK, USA and China and indeed multi-lateral institutions such as the World Bank and IMF demands that Zimbabwe presents equally strong and resilient technical teams advised by its sharpest talents (local and diaspora) to extract the best value out of the deals.

Historically, Africa has generally negotiated sub-optimal deals partly due to a lack of expertise in valuation and negotiation. Deals can be modelled, and payoffs valued.

So far, Zimbabwe is yet to industrially leverage its diaspora human capital base. The quest for migration for development has not been fully utilised. There are several Zimbabweans employed in senior roles by the very same foreign organisations Zimbabwe will seek to transact and deal with.

That internal/inside knowledge of workings and decision-making criteria in deal-making is crucial to efforts by Zimbabwe to negotiate the best international deals and maximise its value on international transactions.

The New Dispensation heralds a new era for Zimbabwe. President ED Mnangagwa has done well in his efforts to incorporate technocrats into the new administration. This move has revived positive global sentiment towards Zimbabwe.

This will be achieved through integrating patriotic diaspora talents into national economic development in exchange for skills, developed world work ethic, and cultural awareness.

By working in partnership with government agencies, top diaspora professionals could bridge the current skills gap by providing technical expertise through tailored financial and strategic advice.

The initiative can create value for the treasury through better returns on deals. Transaction costs could also be reduced by utilising diaspora professionals instead of bulge bracket foreign advisors.

One of the UK’s leading Financial Advisors in International Trade Hopewell Mauwa of EY, a Zimbabwean suggested that the government of Zimbabwe can benefit from tapping into the Diaspora skills and expertise using a Diaspora Partnership Initiative which encompasses a Consulting Project Engagement Model.

He suggests that under this model, project teams under the Ministry of Finance and Economic Development will partner a network of senior Zimbabwean professionals in the UK/US/Au/SA/Euro-Asia (initially) and local Zimbabwe government employees to enhance knowledge/skills transfer.

He added that this model can be organised in a cluster-based system which will have specialist teams mirroring the Zimbabwean government ministries and will be able to respond with experts on any of the issues in different ministries.

Teams will be assembled per project and skill requirement basis. Thanks to technology advancement, most Diaspora based project members can work remotely on some tasks, subject to security clearance and confidentiality/non-disclosure agreements.

According to Hopewell, the consulting model promotes a fact-based approach to problem-solving. Notably, the outcome is a set of advice (risk-adjusted and weighted), making it easy for the decision-maker to make an informed decision. Solution alternatives will retain flexibility for the decision maker’s judgment call in choosing the final option.

To successfully execute this initiative, the project will need to be coordinated from a central point in the various Diaspora territories. The Zimbabwe Embassies around the globe could play a key role in organising the different Diaspora groups utilising the support of the Diaspora Desk which sits within the Ministry of Foreign Affairs and International Trade which oversees the Diaspora Policy.

The Zimbabwe Embassy in the UK has started the ball rolling by coordinating UK based Zimbabweans to institute a diaspora led committee (Zimbabwe Diaspora Committee – ZDC), which will be the umbrella body for all focus and interest groups in the UK.

The writer is part of this Committee which was set up by HE Ambassador Col Rtd Christian Kastande the Zimbabwe Ambassador to the United Kingdom.

If well implemented, the Zimbabwe Government Diaspora Partnership Initiative can be a key platform for the government to recruit key professional advice from its qualified patriotic Diaspora citizens abroad on a project basis.

This initiative can be smoothly run if national interest is put ahead and prioritized. Just to overemphasis, security clearance will be paramount, particularly for workstreams involving sensitive/classified information. In my opinion, the Diaspora remains a key enabler for development in most developing countries in Africa.

The harnessing of financial remittances from the Diaspora will not bear fruit alone when it’s not accompanied by a solid knowledge and skills transfer.

The writer can be contacted via the following e-mail address  chairman@zanupfuk.com