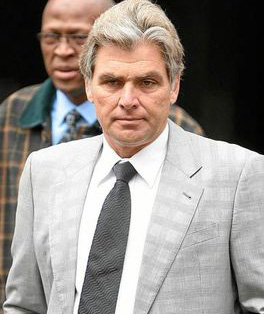 WORKERS at ethanol producer, Green Fuel, have gone on strike after going for seven months without being paid, paralysing operations at its Chisumbanje plant, officials said on Tuesday.
The Chisumbanje plant has the capacity to produce 120 million litres of high quality, anhydrous ethanol per annum, along with capacity to generate 18 megawatts of electricity, according to officials, making it a key project for the energy deficient southern African country.
Green Fuel, a joint venture between the government’s Agricultural and Rural Development Authority (Arda) and private companies, Macdom and Rating Investments owned by business tycoon Billy Rautenbach, has been hit by low sugar cane throughput at its estates in eastern Zimbabwe following heavy rains that made harvesting difficult.
Its struggles forced government to reduce the mandatory ethanol component in fuel blending from 10 percent to 5 percent, reducing its income stream.
Arda and Green Fuel chairman Basil Nyabadza confirmed the developments but said the (Green Fuel) board was meeting on Tuesday to discuss the situation.
“I’m about to get into a meeting to get an appraisal of the issues there,” said Nyabadza. He declined to give more details.
Green Fuel employs about 4,500 workers, but most are on an extended annual break following heavy rains early this year.
The strike by 500 workers at the plant follows another by 116 contracted sugarcane out-growers who last week protested at the company after going for three years without payment.
The farmers were owed $150,000, but have since agreed to a phased payment plan with the firm.
“The strike started last week with sugarcane out-growers. These farmers had not been given their sugarcane proceeds by Green Fuel for the past three years.
“I assisted and their $150,000 bill would be paid at $10,000 every week for 13 weeks with $20,000 already paid,” said a former District Ethanol Plant Implementation Committee (DEPIC) representative, Claris Madhuku.
“The employees are now demanding a similar arrangement which makes them secure.”Advertisement