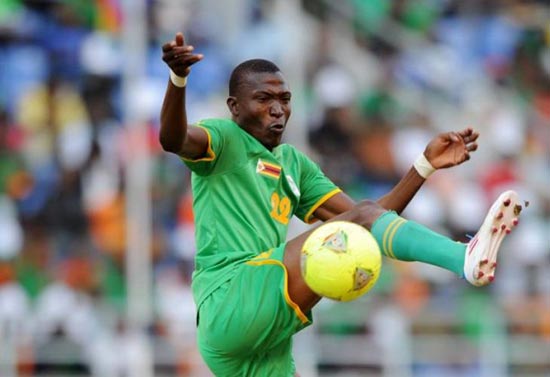 ZIMBABWE international striker Tendai Ndoro has 24 hours to seal a move to Orlando Pirates, but his club Mpumalanga Black Aces says no such deal is in place.
Ndoro missed training on Monday at the South Africa Absa Premiership side, but club co-owner Mario Morfou says it was due to personal problems than seeking a move to the Soweto giants.
The SA transfer window closes on Friday at 5pm.
Ndoro, who has scored five times in 16 games, was also on the wanted list of Mamelodi Sundowns with his agent Karabo Mathang of P Management insisting offers were on the table for the player.
“He has a contract until 2017 and yes, I have read all the various reports on his imminent departure but can assure our fans that he is going nowhere,” Morfou told the club’s website on Thursday.
“Football is about courtesy and business and we at Aces have had no formal offers or requests from any clubs. He is the mainstay of our strike force and we are a bit thin in this department so it makes no sense for him to leave us.”
Mathang told the media that Ndoro will probably move in July or August when the current season ends.
“We have met with the club [Black Aces], and we agreed that he can only consider moving elsewhere in July/August and not now. So, this means he won’t be joining any club this season,” Mathang said.
Aces have taken Zimbabwe’s How Mine striker Kuda Musharu on trials and it seems they are beginning to prepare for life without Ndoro.Advertisement