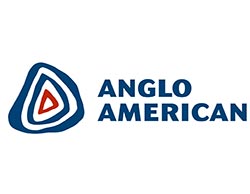 MORE than 70,000 workers have launched a strike at the world’s three-biggest platinum producers, inflicting new losses on an industry that remains vital to the South African economy.
The strike that began on Thursday has forced the closing of mining operations producing more than half of the world’s platinum. Workers are demanding a doubling of their wages, but the companies insist that demand is “unaffordable and unrealistic.”
The three strike-hit companies are Anglo American Platinum Ltd., Impala Platinum Holdings Ltd. and Lonmin PLC. Estimates suggest that the strike is costing them about 9,000 ounces of platinum a day, and their daily revenue losses are about $13.1-million (U.S.).
The damage to the South African economy was immediately visible on Thursday when the rand sunk to a five-year low against the U.S. dollar. By late in the day, it had dropped almost 2 per cent, falling to about 11 rand to the dollar.
But there was some hope that the strike might not be as protracted as originally feared. The union and the companies agreed to meet on Friday morning to try to negotiate a wage agreement, although union leaders warned that the talks could become a marathon.
The strike is the first major platinum strike since the notorious events of 2012, when police shot 34 protestors dead at the Marikana platinum mine. The latest strike, however, has been peaceful so far.
Large numbers of police and security guards are deployed at the mine sites, and police have ordered the striking workers not to carry weapons or destroy property.
The strike is being led by an upstart union, the Association of Mineworkers and Construction Union, which has an estimated 70,000 to 100,000 members in the platinum sector.
The AMCU has taken a tougher stance than its older rival, the National Union of Mineworkers, which led a national strike at South Africa’s gold mines last September.
That strike cost the country about $60-million a day, although it was settled relatively quickly.
The new union is seeking a monthly wage of 12,500 rand (about US$1,135) for the lowest-paid entry-level miners. The companies have offered increases of 7.5 to 8.5 per cent, saying that they already gave wage increases above the inflation rate in previous years.
“Strike action will not only hurt the platinum industry but will be to the detriment of employees and their families, to communities, and to South Africa as a whole,” the chief executives of the three platinum companies said in a joint statement before the strike.
Platinum is used to make catalytic converters, which reduce emissions in vehicles, and in jewellery and other areas.Advertisement

Anglo American had announced this week that it returned to profit in 2013 after losses in the previous year, but the company is now warning of potential job cuts if the latest strike is prolonged.
Thousands of members of the AMCU are also planning a strike at three of South Africa’s biggest gold companies, but the strike has been postponed until at least January 30 because of legal action by the employers.
Despite the delay, there are still labour tensions in the gold industry. One company, Sibanye Gold, said it suffered a derailment at one of its gold mines on Wednesday after employees tried to sabotage a rail line.
Mining is still crucial to South Africa’s economy, even though its share of global production has declined. Mining still accounts for 60 per cent of South African exports and nearly 10 per cent of its economic output. South Africa holds about 80 per cent of the world’s platinum reserves and is the world’s fifth-biggest gold producer.
The platinum strike also has a political dimension because the AMCU is hostile to the ruling African National Congress. A national election is expected in April or May.