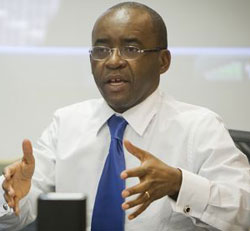 “IF you don’t meet my demands, I will have you thrown out of the country!” The man shouted at me over the phone. He was the chairman of our local partner in Kenya. This was after I asked him to put up his share of the investment in our joint venture.
It was more than 10 years ago but I still remember like it was yesterday.
Building the network was going to require over $100m in shareholder funds (equity). Our partners, who owned 70% in terms of the agreement, wanted us to put up the entire $100m, even though we would only have 30% of the equity.
This had not been our original written understanding when we bid for the license in a public tender. I suggested that we find other partners in Kenya who had the money to meet their investment obligations, but the partners refused.
When we appealed to the regulator to let us bring in new partners, the Minister of Telecommunications stepped in and began to support the position of the local shareholders. I knew that legally the minister was overstepping his role. It was also clear to me that he was not acting in a rational and fair manner.
By the time of that phone call, the stalemate had been going for months. Numerous meetings to resolve the issue had come to nothing. We were going in circles. After the phone call, I wrote a letter to our partners and told them they must put up their share of the money or they would have to accept dilution. It was a Friday.
The following day, a Saturday, I was walking my daughters (then infants) in a local park in South Africa when I got an urgent call from our staff in Kenya: “The minister has issued a statement in which he has cancelled our license and ordered us to leave Kenya.”
“Do you have a copy of the statement?” I asked calmly. “Gather the legal teams, and fly to Kenya right away.”
By ten o’clock Monday morning we had been slotted for appearance before a judge of the High Court of Kenya. An hour later, the judge issued his ruling. He reinstated our license and rebuked the minister in open court.
The minister appealed the ruling of the judge and a higher court of judges threw him out of court. During the appeal process the minister sent an envoy asking me to come and see him “to resolve the issue.”
I refused saying: “All he needs to do is publicly withdraw his invalid statement and withdraw his court application.”Advertisement

Not long after the minister was dropped in a cabinet reshuffle. I was later told the president of the country at the time had slammed the minister for “sending the wrong message to investors by behaving like a cowboy!”
Fast forward: One day I was in my office many years later when we got a call from a very large global organisation. It was their legal department who said to me, “We are planning to make a very large investment in Kenya. As part of our due diligence we are looking at the Rule of Law. Would you mind sharing with us your experiences in terms of how their court system works?”
Our lawyers shared with them our experience, together with our recommendation that they invest in Kenya based on the strength of its legal system to protect investors. Soon after, they set up their investment.
You see, how a country’s legal system works is very important to how investors perceive risk in a country. These days, investors have access to decisions made in your country’s courts. During due diligence, they study these judgments carefully. They also study press statements made by those in leadership and talk to other investors who are already invested in your country. No serious investor simply puts up money without looking at the rule of law in a country.
What exactly do I mean by rule of law? Aristotle said more than 2,000 years ago, “the rule of law is better than that of any individual.” It means that government officials are held accountable under the law; that laws are just, and applied equally to all; that laws protect everyone’s fundamental rights; that the legal process is fair and efficient, and that courts operate with independence and integrity.
Kenya is a country where we have invested heavily over the years. We continue to do so with great confidence, and for me it was the strength of the judicial system when it comes to protecting investors that has been the key.
This article is taken from Strive Masiyiwa’s Facebook page.