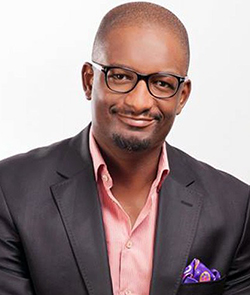 THE NBA is making a new play for fans in Africa by splitting with the continent’s biggest sports broadcaster and teaming up with a Zimbabwean telecommunications entrepreneur who started his first business with US$75.
The NBA earlier this week announced that it has a new multi-year deal with Econet Media to show live games and other NBA programs on Econet’s pay TV, Internet and mobile platforms in sub-Saharan Africa from the 2016-2017 season.
The deal makes Econet the NBA’s official broadcaster in sub-Saharan Africa and will offer viewers more than 500 games a year, the NBA said, including the playoffs and finals.
It also includes WNBA games.
It will see the NBA end its relationship with South Africa-based satellite TV broadcaster SuperSport. That contract expires at the end of this season.
The NBA did not disclose financial details or say exactly how long the Econet agreement was for.
“I can tell you this is the largest partnership in the history of the NBA in Africa,” NBA vice president and managing director for Africa Amadou Gallo Fall said.
Fall confirmed the new agreement ahead of the public announcement.
Econet began life as a cellphone network in Zimbabwe, where founder Strive Masiyiwa started his first company with US$75. He also fought a long legal battle against the government of Zimbabwe to be allowed to compete against Zimbabwe’s state-run telecom.Advertisement