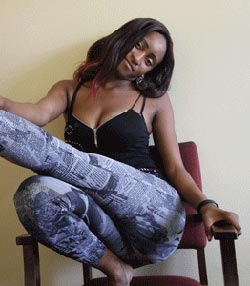 THE dawn of the new millennium and the sprouting of piracy was a nightmare for many artists who have seen their careers collapse and now battle to eke out a living for their families.
Many local musicians have nothing to show for their fame of yester-year.
But they are not alone as most Zimbabweans are also struggling in an economy battered to near-collapse by a decade-long recession.
Prosperity gospel has brought some relief, or hope for it at the very least
Zimbabweans now flock in their thousands to the sprouting Pentecostal churches led by charismatic “prophets” in the hope of changing their miserable lives and hard-up artists and former celebrities can also be found among them.
A number of musicians have joined the Pentecostal churches dotted around the country, seeking divine interventions or a platform to showcase and hopefully revive their careers.
Sungura maestro Nicholas Zakaria was the first to announce that he was quitting his Mugodhi Apostolic Sect church to join a Pentecostal church, the Prophetic Healing and Deliverance (PHD) led by Walter Magaya.
Madzibaba was quoted saying his decision to join PHD ministries was aimed at strengthening his spiritual understanding. He is now leading the church’s praise and worship team.
In the same church is ‘Bev’, real name Beverly Sibanda, who made her name as a pole dancer in night clubs around Harare.
Bev was quoted in the press recently saying she is now a member of PHD after she was promised container-full of clothes so that she can open a clothing shop.
The raunchy dancer and her 15-member group were all promised shops along Chinhoyi Street in central Harare.
Also part of the congregation at PHD is former VaHombe Queens dancer, Yvonne Javachava.
Other celebrities who have also joined Pentecostal churches include Diva Mafunga and Leonard Zhakata of the Mugove fame. Most of these musicians are all now attending United Family International Church led by Emmanuel Makandiwa.
Gospel music lovers do not remember the last time Diva Mafunga was in the studio.
At UFIC Amos Mahendere is now a member. He is last remembered for producing Born Free Crew music and videos. Born Free is a youthful outfit that sang songs that praised Zimbabwean leader Robert Mugabe Advertisement

Renowned actor Lawrence Simbarashe known as Bhonzo, who is now destitute, is also said to be attending PHD ministries. Bhonzo is now walking around carrying his bible.
In the PHD ministries, Bonzo is joined by Douglas Chimbetu and Jesesi Mungoshi, the star of Zimbabwe’s first feature film Neria and one of Alick Macheso’s wives, Nyaradzai.
At Spirit Embassy, which led by Uebert Angel, is hip hop artist Mudiwa Mtandwa and former ZBC DJ and Programmes Manager at Starfm Tich Mataz