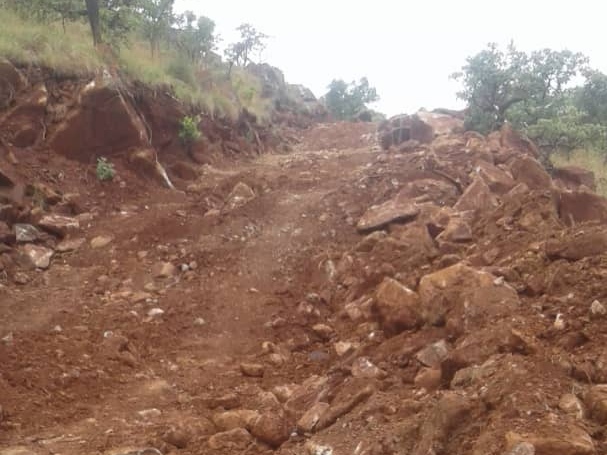 JUST over a year after being chased out of Mavhuradonha Wilderness and causing the arrest of two council executives by the Zimbabwe Anti-Corruption Commission (ZACC), Chinese mining company Afrochine has restarted mining operations inside the World Heritage Site candidate.

Documents in NewZimbabwe.com’s possession indicate that Afrochine Smelting, Earthlink Minerals, controversial Allen Mashumba and Lebanmon are exploring for chrome in areas within the site despite a July 12 High Court order barring them and another foreign company, Lebanmon Investments, from conducting any activity there.

Afrochine, a subsidiary of Tsingshan which is building a US$2 billion steel plant at Mamhidze, now has numerous claims that have already been inspected. More are set to undergo final inspections next January and March.

Gravel roads have been constructed for ease of transporting chrome ore, while images captured indicate massive land degradation as a result of the mining activities.

“They are back and we have been made to understand they have the support of some council and Mines Ministry officials,” said a source close to developments.

“Efforts to shut them out have been futile as they have constructed their own roads and affected the flora and fauna in the park. There is a danger that their activities risk the safety of animals as they are leaving open pits and risk us not getting world heritage site status.”

Chinese nationals in 4×4 vehicles and locals have been seen in and around the site where they have dug deep trenches and pits in search for chrome ore. 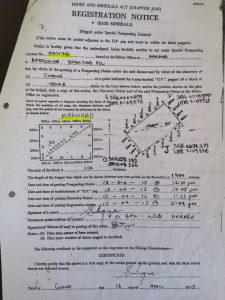 They were arrested for illegally allowing Allen Mashumba, who had been linked to Chinese nationals’ mining operations, including Afrochine, within the wilderness.

“The arrangement resulted in incompatible activities as Varden Safaris are into wildlife game breeding and botanical reserves, whilst Afrochine is into mining which disturbs the well-being of animals and the natural environment. Mining activities do compromise the chances of the nature reserve being listed as a UNESCO World Heritage site,” reads ZACC’s communication upon their arrest.

“The accused intentionally signed the agreement while aware that there was a subsisting agreement with Varden Safaris which prohibited any mining, mineral panning or prospecting, human settlement, construction of any type within the wilderness.

Afrochine’s Wilfred Motsi said they were not responsible for activities within the mine, arguing Chinese nationals being seen in the wilderness, as well as equipment and agreements being signed were not theirs.

Motsi revealed that they were yet to mine for anything within the wilderness and blamed people who misrepresented the situation to officials.

“We have not started anything there, these are people we have been talking about (who misrepresent) as whatever we do we are always guided by the laws of this country particularly the Environmental Impact Assessments (EIA),” said Motsi in a separate interview. 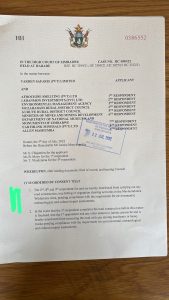 Motsi explained that their company had started a process to sift through their suppliers of chrome ore, verifying where they were mining and if they had necessary approvals.

In July last year, all government departments involved in granting approval to Mashumba who had represented Afrochine, were summoned to Harare where they were given express orders to shut down all operations with immediate effect.