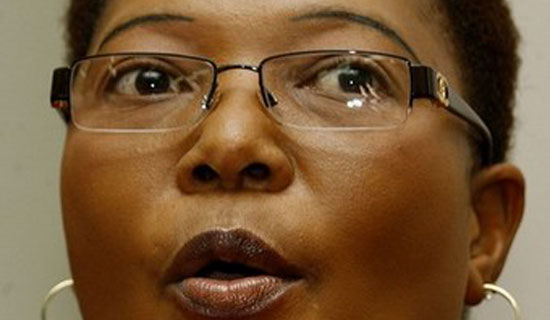 “On VP Khupe, the national council noted the efforts for engagement made by the party President and the fact that VP Khupe remained stubborn, obdurate, intransigent and spurned all efforts to address our grievances as she continued to hold illegal meetings and partake in unconstitutional activities, putting the party into disrepute and undermining constitutional organs of the party,” he said.

“The national council, therefore, resolved, by more than the mandatory two thirds of the vote that VP Khupe be removed from the party in terms of the party constitution,” he added.

Moyo, who was fighting in Khupe’s corner, resigned on the eve of the national executive meeting.

Komichi said the expelled members will be immediately recalled from parliament.

The three were given a three week ultimatum to accept the national executive decision to appoint Nelson Chamisa as the party President or face disciplinary action.

They, however, ignored the moratorium, with Khupe insisting she could not be told what to do by Chamisa.

Khupe has been embroiled in a bitter battle with MDC-T President Nelson Chamisa over control of the party.

Although Chamisa was appointed by the national executive as the substantive president, Khupe has been refusing to recognize him, insisting she was the rightful leader. Khupe claims that she was acting president at the time of the death of Morgan Tsvangirai.

Khupe, who has been occupying the party’s Bulawayo office despite a High Court order barring her, has since written to the Zimbabwe Electoral Commission notifying the electoral body that the MDC-T under her leadership would run in all the country’s elections.

The former deputy premier was the only MDC-T vice president until Tsvangirai appointed Chamisa and Elias Mudzuri to the same position on being diagnosed with cancer two years ago. Since then, there has been discord in the party and things came to ahead on Tsvangirai’s funeral day where Khupe was attacked and insulted.