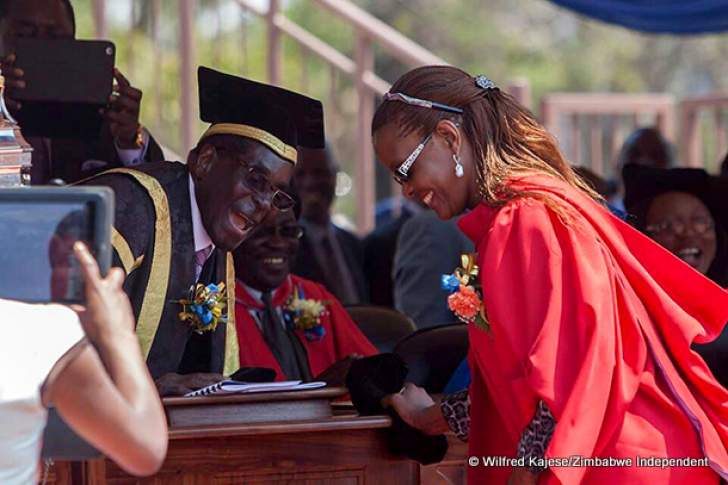 Zimbabwe discontinued loans to poor college and university students at the height of the high-per-inflationary era as the economy nosedived.

Murwira was responding to a question from Kwekwe Central, Patriotic Front, MP Masango Matambanadzo, Wednesday during Parliament’s questions without notice session during which he revealed treasury had availed $8 million for the program.

“The Finance ministry will soon avail a fund called Risk Fund for the higher and tertiary students only.

“We are in the process of working towards this loan facility for thousands of our students who are failing to pay (university and college) fees as well as meet other basic needs,” said Murwira.

According to Murwira government will not demand collateral which was the case in the loans disbursed under an agreement between the Reserve Bank of Zimbabwe and a South African Financial Institution (Edge Loan).

Meanwhile, in a ministerial statement read to parliament Thursday, Murwira revealed that government will now change the traditional model of teaching in schools and colleges known as teaching, research and community services (model 3.0) to a new one called Education 5.0 Model.

“The new model is set to complement innovation and industrialization of Science, Technology, Engineering and Mathematics (STEM) which has been focusing on Science and Mathematics subjects without enough teachers for the program.

“Government in 2018 alone invested $3 million towards the training of teachers under the (Science Technology Engineering and Mathematics) STEM program,” Murwira said.

The Higher Education Minister added that Belvedere, Mutare and Hillside Teachers’ colleges will produce about 856 teachers per year to cover the gap of 5000 needed by 2023. Murwira told MPs said government is moving towards an education system that produces “levels and not labels.”
“I am saying this to actually underpin the education policy that we are pursuing, it is an education policy that will combine body of the knowledge with a body of skill, and we are saying teachers are important to us, it does matter what label you give to their certificate,” he said adding to this end government is reviewing the Manpower Planning and Development Act “to reflect the importance of knowledge and skill levels not labels.”
Government recently announced it will come hard on fake degrees as well as do away with “useless programs” at universities.