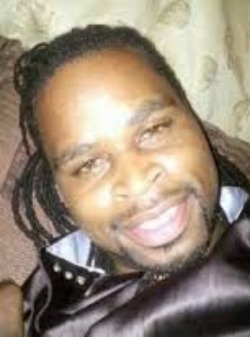 ACTOR Tafadzwa Tandi-Chingono will have to be put to his defence and face trial after his legal counsel failed to lodge an application for discharge at the closure of the state’s case.
The former ex-studio 263 actor, Tandi-Chingono, better known in entertainment circles as Hillary Indi is accused of conning a medical doctor of over $20 000 in a botched wedding planning deal.
Chingono, who starred in the popular Studio 263 soap as James, is alleged to have wooed Alexander Guni and his wife into the arrangement after misrepresenting that he had planned Bona Mugabe’s glamorous wedding early this year.
Lawyer Michael Zvenyika last week had requested that Magistrate Elija Makomo allow him to file an application for Chingono’s discharge but shockingly had failed to do so forcing the state to demand that the trail be allowed to resume.
Magistrate Makomo told Chingono who was not represented on Wednesday to “be prepared for your defence on January 8,” as trial would proceed with or without his lawyer.
Chingono through his lawyer has claimed that he was forced or coerced to admit to the offence by the police. His lawyer has also argued that the matter was not a criminal case and should never have been before Makomo and that the police had acted unlawfully in arresting his client.
“On record the complainant has agreed that he signed an agreement with the accused….and from the record you had no jurisdiction to arrest him,” said Zvenyika.
It is the State case that, sometime in March this year, Chingono approached Guni, as the latter was preparing for a wedding.
The court further heard that Chingono misrepresented to the couple that he was a wedding planner employed by a local hotelier in Harare. He also allegedly misrepresented to the complainant that he was the brains behind Bona Mugabe’s wedding planning.
Guni consequently fell into the trap and immediately hired Chingono for his wedding arrangements.
Chingono received $20 000 from the complainant as part-payment for the work, it is alleged.
He later brought a list of fictitious payments which he had made, listed on a Miracle Magic weddings company letterhead. After realising that he had been duped, Guni filed a police report, leading to the arrest of Chingono.
Guni and his wife were prejudiced of $23 500 and only $ 3 000 has been recovered to date.Advertisement