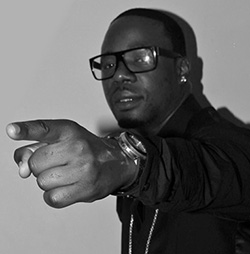 CONTROVERSIAL hip hop star Desmond ‘Stunner’ Chideme has attacked StarFM DJs for not playing his music, alleging the presenters were punishing him for not being given VIP status at his recent album launch.
Stunner said he has the talent to go far with his music but claimed he was being hampered by the Djs playing “mediocre stuff” yet they have his album which he personally delivered to their studios.
The album “If I Die Tonight” has a total of 15 tracks, featuring collaborations with some of Zimbabwe’s finest artists such as Jah Prayzah, Albert Nyathi, Baba vaShupi, K Ruch, Positive Movement, Mudiwa Kapital K, Sir Ford and an international artist named Andy Carter.
Stunner was voted 2016 Best Hustler of The Year, People’s Choice Award and Best Video Award. He was also voted Best Dressed Artists at the event which was held at Chinese joint in Harare.
In October Chideme stunned onlookers in central Harare when he rammed his car into four vehicles parked along Jason Moyo Avenue and ran away but later handed himself to the police. He was ordered by the court to perform community service for negligent driving.
In a recent message which has gone viral on social media, the rapper first appealed to StarFM Djs not to offended as he just “wanna get real” with everybody.
“This is how I get to put breakfast, lunch or dinner on my table, so we wanna get things straight. They try to put my family down, they try to put my work down.
“So, what’s happening here is that I got three nominations; I got three Awards. I won the People’s Choice Award because I have been working for the longest time.
“So when we say ‘the people’, we are talking about the masses. I have the masses from border to border singing and taking about my music. But I have remained humble.”
He accused the Djs of snubbing his music and fudging up the chats.
“It’s you Djs making the chats. A certain radio station didn’t play music from my album because they felt they were not put in the VIP at my launch.
“It’s my party, I get to do what I want. This was a private event of where everybody was VIP and no one was more special than the other.
“And that album with the music that you didn’t play was the bomb ask even the artist what they think about that album.
“Commo’n, stop hating people! If the Djs are listening to this stopping hating lets promote the music industry.”Advertisement

The artist promised to work even harder come 2017.